Udit Bhatia, an old student of St. Stephen's College, became the first man on the planet to link Unmukt Chand, the Under-19 cricket World Cup winning captain, and his shabby treatment by their alma mater. 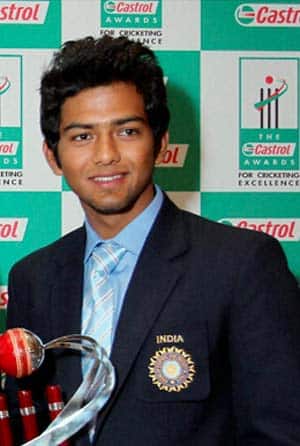 Apart from Unmukt Chand, there are 15 other sportspersons from St. Stephen’s College, who are in the same court as the World Cup winning captain is, pleading similar exemption from attendance, with their fates hanging in balance. PTI

Udit Bhatia, an old student of St. Stephen’s College, became the first man on the planet to link Unmukt Chand, the Under-19 cricket World Cup winning captain, and his shabby treatment by their alma mater.

“U-19 Captain and Stephanian Unmukt Chand leads India to World Cup victory. This is the same boy who had to go to court to sit for his University exams because of strange attendance rules,” an indignant Bhatia, now a student of University College London, three years senior to the World Cup hero, fumed on Laal Sitara, our alumni Facebook group of 3,000 members.

As the news leaked, Naukri.com entrepreneur Sanjeev Bikhchandani, Shell corporate affairs director Deepak Mukarji, and I, the three Laal Sitara admins sensed this isn’t good news. True to expectation, the week had the entire cricketing planet hurling their couches on St. Stephen’s. If only young Bhatia could monetize the content his two sentences gave the networks!

The storm on a champion batsman being hurled beamers on minimum attendance has now abated. Dinesh Singh, the genial University of Delhi (DU) vice-chancellor, has laid the red carpet for the cricketing hero to grace the next year of the BA Programme. It is also accepted that Valsan Thampu, St. Stephen’s principal, wasn’t such a kill joy after all.

That eureka! moment came while we were rummaging for debating points for Arnab Goswami’s “News Hour” on Times Now, and Sagarika Ghose’s “Face the Nation” on CNN. That’s when, courtesy a file loaned to us by the St. Stephen’s lawyer, Chand’s hand-written application seeking special exemption, and Thampu’s emphatic noting to Singh that the cricketer “manifestly deserved” his “strong recommendation” appeared from the ether!

Twitterati and the anchormen have now moved on. Every ounce of lemon on Chand’s life, even the comic his father Bharat Chand Thakur bought for him in Grade V, has been squeezed. Our Laal Sitara friends are quiet, exhausted after an unprecedented 446 comments, no longer spewing “guilty,” but why Thampu’s confidential noting to the V-C wasn’t splashed in the public. In his magnanimity, Thakur called to thank for what transpired on a back-channel hotline. The pacifists are no longer slimy wimps and courtiers.

What’s hardly of concern anymore is that 15 other sportspersons from St. Stephen’s are in the same court as Unmukt, pleading similar exemption from attendance, their fates hanging in balance, permission of taking the annual exam having come only because of the judge, not Singh or Thampu. They didn’t win the World Cup, after all!

Unmukt’s legacy will be the clearance of sports attendance guidelines authored by the DU Sports Council; 70 percent exemption in attendance for sports types. Such is the national mood that the V-C might accept this idea without a murmur. Result? Future Unmukts won’t have to dance from desk to desk. But those who never return to a playfield once they’ve wangled sports admission will bunk classes fearlessly. Singh’s own perestroika entailing monthly attendance records from all colleges will die like a dodo.

A cricket-crazy nation is interested only until Unmukt is promoted, who cares if his results lie sealed under court orders! But how long before recruiters ask why they should take a DU degree seriously if the child attended just 30 percent of her classes?

Other questions: Why are at least Delhi’s colleges not centralizing their sports admissions? Why do they admit 2-3 good sportsmen with a bunch of backdoor types sneaking in under entitlements? Where is modern-day online support for those who now need to play 300 days a year to stand a chance against world-class sportsmen being nurtured in British universities, not to mention the Chinese sports assembly line?

Is there nothing we can learn from US varsities who attract world champions, fund them, have paying spectators turning up to watch them, and ensure that these folks get educated, without two ministers forcing new attendance rules? (IANS)