Putting the bitterness of the past behind, cricketer Unmukt Chand returned to his alma mater to be cheered and felicitated by his peers and teachers, in what was a fitting homecoming. 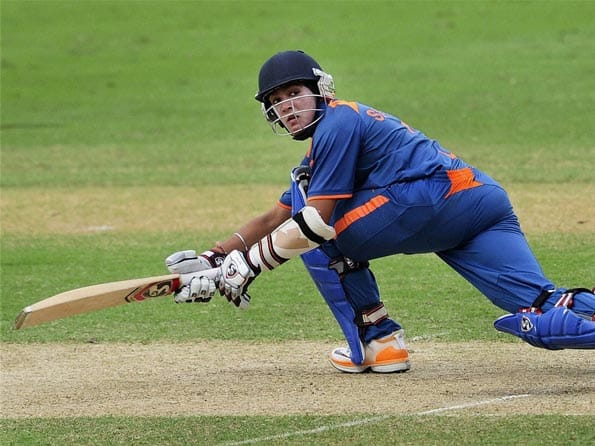 Putting the bitterness of the past behind, cricketer Unmukt Chand returned to his alma mater to be cheered and felicitated by his peers and teachers, in what was a fitting homecoming.

The star of India`s U-19 cricket World Cup triumph, Unmukt, who was earlier under the threat of losing a year of college, has now been admitted to the second year, after his case received much media attention.

He was felicitated at his college, St Stephen`s, for his remarkable success in leading the Indian side to victory in Australia last month.

He was presented with the traditional college tie and a memento in the presence of Principal Valson Thampu, Vice Principal Clement Rajkumar and other teachers.

The happy homecoming put an end to the bitter drama that made much headlines and prompted the intervention of HRD Minister Kapil Sibal as well as Sports Minister Ajay Maken.

“Unmukt met the principal at his home yesterday for an hour, before returning to the college today for the ceremony. He has taken admission already and will resume college now,” said Sushant Chakravorty, Director of Physical Education at St Stephen`s college of Delhi University.

A visibly happy Unmukt thanked the college authorities and even displayed a poetic chunk of his side by reciting a poem.

“Self belief, effective communication among squad- members, and controlled aggression were the three motivating factors that energised and inspired me and my team-mates before they flew to Australia,” he said.

The cricketer has a busy calendar already. He said he is scheduled to attend a training camp at the NCA, Bangalore after which he will fly to New Zealand to represent the India-A squad following which he will travel to South Africa.

The Principal, who had all through the controversy maintained that the rules he was imposing were of the University and that he had no control over them, used the opportunity to make a case for a new course to be designed for students who are admitted through sports quota which would help them dedicate themselves to sports.

“I hoped that Unmukt would one day represent the college cricket team which would be a privilege for the institution,” Thampu said.