Chand was dropped from the playing XI in 2017/18 season

Former India U-19 and Delhi captain Unmukt Chand has parted ways with the state and has made a move to Uttarakhand for the upcoming domestic season, having represented Delhi for nine seasons. He made his List A debut for Delhi in 2010 at the age of 16. Later that year, he played his first four-day game for the state against Gujarat. Chand also led Delhi in two Ranji Trophy fixtures in 2016 when Gautam Gambhir was on national duty.

However, his first-class form dwindled and Chand was dropped from the playing XI in the next season. Although he kept his place in the team. In 2018/19 season, Delhi opted for Hiten Dalal to partner Gautam Gambhir at the start in Ranji Trophy, which meant there was no place for him in the squad. Chand’s previous first-class appearance came against Karnataka in 2017.

In 2016/17, he was also dropped for Vijay Hazare Trophy, just a couple of days ahead of IPL auction that saw him not getting a bid. He has been out of an IPL contract since 2017.

Once a regular captain of India A, Chand last played for the representational side back in 2015 against Bangladesh A where he led the team that included Suresh Raina, Kedar Jadhav, Mayank Agarwal and other international players.

Chand is the first professional to join Uttarakhand. They are yet to sign the other two professionals. Last year, Rajat Bhatia, Vineet Saxena and Malolan Rangarajan were three professionals who played for the debutants. Rangarajan has moved back to Tamil Nadu. 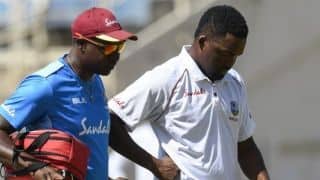 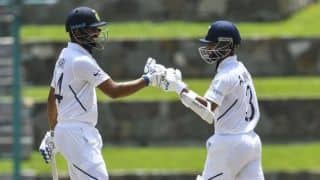