Taylor was endorsed by former CA chief executive Malcolm Speed and Test legend Ian Healy, but played it cool on the role.

There are growing calls for Mark Taylor to take over as chairman of Cricket Australia (CA), but the multiple Ashes-winning skipper and joint-holder of the highest individual Test score by an Australian batsman is not inclined given his media commitments.

On Thursday, David Peever quit the chairman’s role under immense pressure following the findings of the exhaustive review by the Ethics Centre into the behaviour of the Australian cricket team and CA this week, and Taylor found his name taken by interim chairman Earl Eddings as the frontrunner for the job.

But Taylor, a CA board member, said his role as a TV pundit could be a conflict of interest.

“Given my media role, I don’t believe being chairman would be appropriate,” he was quoted as saying by Channel Nine, with whom he recently signed a new contract until the end of next year’s ICC Cricket World Cup and the Ashes.

Taylor was also endorsed by former CA chief executive Malcolm Speed and Test legend Ian Healy, but the stumper was also cautious. “I just think he might be a victim, Tubby, in that anyone who presided over that culture when the Longstaff review was handed down, how can we make them chairman?” said Healy, a long-time team-mate of Taylor.

The two leading candidates as per reports in the Australian media are Peever’s deputy Eddings, who has a corporate background as managing director of a risk-management company, and former international and current board member, Michael Kasprowicz.

The 145-page Ethics Commission document, released on Monday, states that Australian cricket has lost its balance and stumbled badly and that its cricketers live in a gilded bubble disconnected, for much of the year, from families, friends and the grounding influence of community and that CA is viewed as an arrogant and controlling body that does not live up to its values.

Taylor termed the findings of as “hard-hitting” and “confronting”. 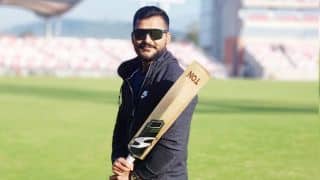 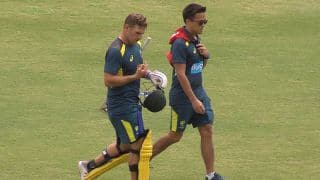