The USA Cricket Academy is quite renowned for its work on junior cricket.

The USA Cricket Academy has got a golden opportunity to expose their junior cricketers in sub-continental conditions as they have sent the U-17 and U-19 teams for an 18 day tour of India. This is an official ‘Youth Tour’ of the young American cricketers as they are getting the opportunity to play matches at different conditions. Also the colts are doing their preparations for the ICC Under-19 World Cup Qualifier in July, 2015 through this tour.

A group of 40 plus officials of the Cricket Academy, including 34 top players selected from 14 different states, five experienced coaches and two team management administrators are touring the state of Gujarat for 20-over and 50-over matches. The tour is divided into two segments and the first segment of the tour concluded on Saturday. In the first segment young USA boys played against the Gujarat U-19s and managed to put up a noticeable performance.

Also during end of the first part of the tour, the whole contingent was invited by the Chief Minister of Gujarat, Mrs Anandiben Patel at her residence. The Gujarat government has decided to work with  the USA Cricket academy.

According to Ashok Patel, President and founder Academy, “This tour is primarily focused on learning and gain some experience to play at the best venues and against highly competitive and talented local teams in Gujarat. The USA Cricket Academy’s main goal is to provide more playing and learning opportunities to our talented players. Our interest is very clear to give our players many additional games besides their original tight schedule for this tour. Jatin Patel is working with Rahul Sharma and many others in India to make this tour a successful one and a lifetime memory for our academy players, coaches and families.”

Jatin Patel who is the Global Development Manager and Coach of USA said, “I am excited to work with the Government of Gujarat and the Sports Authority and many other Gujarat Government officials to align the USA Cricket Academy with their sports initiatives. Sports initiatives in Gujarat are rapidly becoming more efficient and productive since PM Narendra Modi initiated many sports projects. It continues to solidify with increased participation under the Chief Minister Mrs. Anandiben Patel’s leadership. USA Cricket Academy management and coaches are very excited to establish new affiliations with the Gujarat State for the better future of our cricket players and future academy tours to India.”

The USA Cricket Academy is quite renowned  for its work on junior cricket. The academy is a registered under the U.S law of 501(c)3 not-for-profit organization , and it also won the 2003 International Cricket Council (ICC) Global Award for best junior development initiative. This academy was instrumental for developing and promoting the game of cricket in America.

(With inputs from New york Cricket) 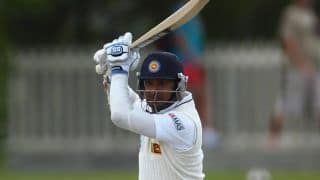 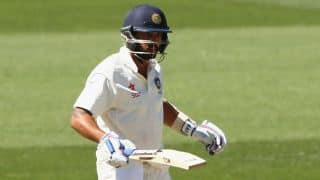