Usman Khawaja hits out at past players during commentary stint

Usman Khawaja hits out at past players during commentary stint

The 31-year-old hit out at the past Australian players, who have been criticising the current Australian team, especially for the batsmen s shot selection.

Usman Khawaja, who is recovering from a knee surgery, took his time out to join the commentary team for Fox Sports during the 1st T20I between India and Australia at Brisbane on Wednesday and the 31-year-old hit out at the past Australian players, who have been criticising the current Australian team, especially for the batsmen s shot selection.

ALSO READ: We have had enough of getting beaten, bashed up: Justin Langer

While Shane Warne on air went on rant against Australian batting coach Graeme Hick saying he should be the next to go as the batsmen are repeating the same mistakes under him, Andrew Symonds was not amused when Marcus Stoinis attempted a reverse sweep saying: That s not on.

It s expected. You train for it, you play for it, you do it all the time, Khawaja said of the new shots batsmen attempt, as reported by foxsports.com.au. I hear you guys talking a lot about the classic cricket shots. The game s changed, we do play different shots now.

Khawaja insisted that while the traditionalists don t like the new generation shots like the reverse sweep, the ramp, those are the little risks batsmen now have to take to bring in those classic cricket shots, as the game has evolved.

A lot of the old traditionalists don t like the reverse sweeps, the paddles. But sometimes, they re the little risks you have to take to bring in those classic cricket shots. The game has evolved a fair bit from where it was. Sometimes it does look ugly when it doesn t come but when it does everybody loves it and that s the entertainment of T20 cricket, he said.

The left-hand batsman, while on commentary alongside Australian great Adam Gilchrist and Symonds, also did not mince his words when saying there is a disconnect between what former players see from the comfort of home or the commentary box and what the players playing the game currently are trying to do.

The game has changed a bit in the last 10 or so years. That s no disrespect to guys of your era who were excellent players. You can only go on what you play on but the game s evolving and unless you re playing it and you re part of it you do feel like sometimes there is a bit of a disconnect between what the players are trying to achieve and what the outside world, especially traditionalists and former players, are seeing, he added. Hazlewood, Starc and Cummins to be rested from Shield duty ahead of India Tests 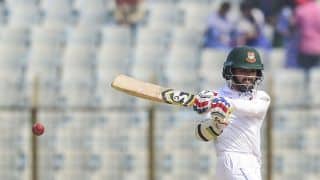