Usman, who is also a legspinner like his father, has played two Under-19 ICC World Cups for Pakistan and became a central contracted player in 2010.

Usman Qadir, son of former Pakistan s spinner Abdul Qadir, may migrate to Australia or South Africa to pursue his further cricketing career. Usman has been thinking of relocating for a long time as he last appeared in the domestic circuit of Pakistan back in 2014. Usman played club cricket in Cape Town last summer. He even received a call from South Australia in 2013 to play in the interstate second XI competition. However that was cut short when he met with a car accident and had to return home. Usman, who is also a legspinner like his father, has played two Under-19 ICC World Cups for Pakistan and became a central contracted player in 2010. READ: Abdul Qadir asks Shahid Afridi to retire, slams son-in-law Umar Akmal

In 2012, he bagged a five-wicket haul against Sri Lanka Under-23s in the ACC Emerging Players tournament in Singapore and was certain to make it to the senior team for a limited-overs tour of West Indies in 2013, but unfortunately wasn’t picked.

Lack of opportunities in Pakistan s domestic circuit is one of the major reasons behind Usman s thoughts about moving outside Pakistan. Another factor that added to it was nepotism. Since Abdul was one of the finest legspinners Pakistan had, many people believed he would influence the board to select his son Usman in the playing XI of the national side.

According to ESPNCricinfo, Usman clearly the misunderstanding said, I want to play cricket and I have come through the ranks because of my own ability. But there is always a sense of skepticism about my inclusion in a team. I don’t want to spoil my passion [for the game]. So I think I’d rather play my cricket where I can focus only on my cricket rather than unnecessary criticism.”

On the other hand, his father and former Pakistani cricketer Abdul showed disappointment as he said that he has lost faith in Pakistan s system that doesn t give a fair chance to their players to prove their worth. I don’t want to see my other son to go down and suffer due to this system which doesn’t respect their legends. I never went to any selector on behalf of my son and never will. My other sons were also capable enough to represent Pakistan but they didn’t grow but Usman is very much capable and I know he has potential for top-level cricket.

“I have allowed Usman to decide about his future. I did hold him back from migrating to Australia in 2013, and asked him to stay in Pakistan. But now after his being ignored for more than three years, I don’t think it’s fair for me to stop him anymore, Abdul added. 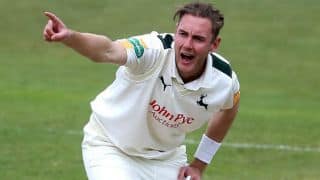 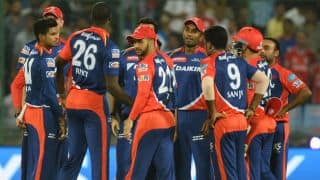