India discard Robin Uthappa slammed a sparkling century as India A recorded a comprehensive six-wicket victory over New Zealand A in the first of the three-match unofficial ODI series in Visakhapatnam on Sunday. 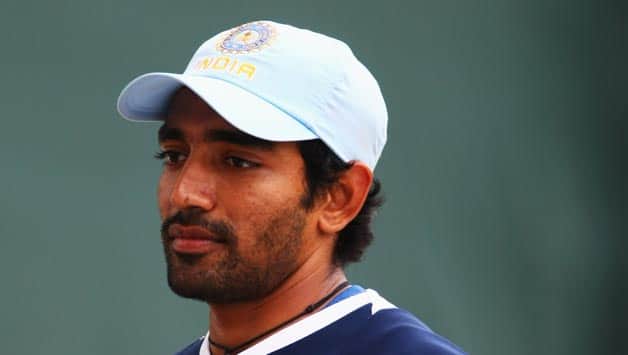 India discard Robin Uthappa slammed a sparkling century as India A recorded a comprehensive six-wicket victory over New Zealand A in the first of the three-match unofficial ODI series in Visakhapatnam on Sunday.

Uthappa (103) shared a 178-run rollicking opening wicket stand with captain Unmukt Chand (94) from 30 overs to shut the game on New Zealand who were all out for 257 in 49.4 overs after electing to bat.

India A chased down the target of 258 with 5.5 overs to spare as Uthappa and Chand produced a scintillating exhibition of strokeplay at Dr YS Rajasekhara Reddy Cricket Stadium.

Uthappa, who was dropped on 93, struck eight fours and five sixes from 114 balls, while Chand’s 88-ball innings was studded with nine fours and six sixes. Aditya Tare was the other notable contributor with a 42-ball unbeaten 37.

Chand and Uthappa scored at a decent pace, reaching 48 for no loss by the end of the 10th over before they stepped up the gas and picked the India-born leg-spinner Inderbir Singh Sodhi for special treatment.

Chand was out in the last ball of the 30th over before he sent left-arm spinner Anton Paul Devcich’s first delivery to the fine-leg fence, the second one for a huge six over mid-wicket and another boundary from the fifth. But Chand perished the next ball, his pull-shot failed to beat Tom Latham at mid wicket.

Uthappa continued in the same punishing mood after Chand’s dismissal, as he plundered 17 runs the next over bowled by Matt Henry with the help of two sixes and a four. He reached to his century in style with a six off Adam Milne in the 37th over.

Milne though had the last laugh as he dismissed Uthappa in the 39th over with the Karnataka batsman holed out to Colin Munro at deep fine leg. Mandeep Singh (1) and Ashok Menaria (0) fell in quick succession in the 41st over but wicketkeeper Tare ensured that there were no further damage for India as they reached 261 for four in 44.1 overs.