A lack of BCCI affiliated association has hurt the cricketers in the state with many being forced to play for other states.

A team from Uttarakhand will finally feature in the Ranji Trophy, ending an 18-year wait, as the BCCI decided to form a nine-member ‘consensus committee’ to oversee the state’s domestic debut in the upcoming season. After a meeting here today, CoA chairman Vinod Rai said that Uttarakhand will be making its Ranji debut.

The nine-member consensus committee’ comprises six members from different cricket associations in the state, one Uttarakhand government nominee as it currently owns the international stadium in Dehradun, and two BCCI nominees, including the recently retired Professor Ratnakar Shetty.

“They (all rival associations in Uttarakhand) have swept aside their differences to ensure that a team from Uttarakhand plays Ranji Trophy and other BCCI tournaments from the upcoming season. So, by consensus, a committee has been formed with BCCI nominees in it. It will start working from next week onwards, Rai said here.

CoA member Diana Edulji and BCCI CEO Rahul Johri were also part of the meeting. The consensus committee’ is expected to be around for one year before a BCCI recognised body is formed. A lack of BCCI affiliated association has hurt the cricketers in the state with many being forced to play for other states. With the BCCI technical committee also recommending the inclusion of Bihar and northeastern states in the upcoming domestic season, the number of teams competing in Ranji Trophy could go up to 36.

The five northeastern states of Arunachal Pradesh, Sikkim, Manipur, Nagaland and Meghalaya have conveyed to the Supreme Court that they would like to field independent teams in Ranji Trophy. The previous season saw 28 teams taking part in the premier domestic competition with seven sides divided into four groups. With the number set to increase substantially this season, there is a possibility of the BCCI creating a second division to accommodate the newcomers.

Talking about the BCCI SGM on June 22, Rai reiterated that if the meeting is held, it will be in violation of CoA guidelines issued in March. “Whatever we had to say we have said in the mail (to the BCCI employees and officer-bearers),” said the CoA chief when asked about the BCCI going ahead with the SGM without its approval. 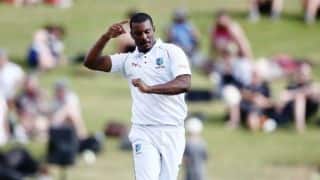 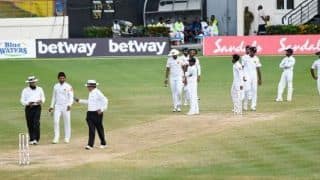