Jacob Oram shone with the bat and ball as Uva Next defeated Wayamba United by 20 runs, despite a valiant resistance from Azhar Mahmood (75 not out), to book a berth in the final of the inaugural Sri Lanka Premier League. Jacob Oram shone with the bat and ball as Uva Next defeated Wayamba United by 20 runs, despite a valiant resistance from Azhar Mahmood (75 not out), to book a berth in the final of the inaugural Sri Lanka Premier League.

Oram, the former New Zealand all-rounder, smashed a 17-ball 41 after Uva opted to bat and then rolled his arms for his medium pace deliveries to rattle the Wayamba top order with three wickets for just 16 runs from his quota of four overs.

Chasing a stiff target of 172 for a win, Wayamba could score 151 for eight with their top order producing a disappointing batting display at the R Premadasa Stadium.

Former Pakistan all-rounder Mahmood though made a valiant effort by raining fours and sixes towards the end but he found out that it was too late in the day.

He and tailender Isuru Udana (42) shared a 120-run stand for the eighth wicket before the latter was out in the final over.

Coming into the field in the fifth over when Wayamba were at a precarious 23 for five, Mahmood hit three fours in the 13th over, struck two fours and a six in the 15th and 17th before smashing two sixes and a four in the 18th over.

The asking rate though remained at 17 an over in the last two overs and Wayamba needed 26 for a win from the last over.

They fell short by 20 runs finally.

Mahmood’s 47-ball innings had eight fours and four sixes in it.

Oram and off-spinner Sachithra Senanayake (2/38) ripped through the Wayamba top order with the former taking the key wickets of skipper Mahela Jayawardene (1), Shehan Jayasuriya (1) and Abdul Razzaq (3), the last two from consecutive deliveries in the fifth over.

This was after Senanayake had calimed the wickets of both the openers Tamim Iqbal (11) and Dinesh Chandimal (5) in front of a cheering 20,000 crowd.

Pakistan pacer Umar Gul (2/18) then took over and he dismissed Kaushalya Weeraratne (0) and Milinda Siriwardana (3) in the sixth over to leave Wayamba at 23 for six.

Wayamba had done well in the league stage as they had topped the table with five wins from six matches.

Except for Iqbal, Mahmood and Udana, none of the other batsmen could reach double digits.

The second semifinal will be played tomorrow at the same venue between Nagenhira Nagas and Kandurata Warriors Warriors. (PTI) 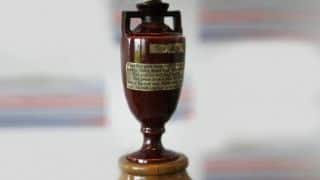