Women s Pro Cricket League (WPCL), a T20 tournament, will be held in Mysore from June 12 to June 16.

When we imagine about colour pink, one can easily associate it with women, more so because it is termed to be a feminine colour. India Women s T20 specialist Vanitha VR chuckled and said, Girls love pink, right? Wondering why the topic is revolving around pink? To break the ice, let us date to the recent Duleep Trophy tournament where pink ball made its debut under lights at Greater Noida in August 2016. It was a match between India Red, led by Yuvraj Singh and India Green, captained by Suresh Raina. The new concept was quite a success then as India Green got 17 wickets against India Red with the pink ball.

Dating to the present, many women cricketers have complained of not receiving too much of attention in comparison to that of men s cricket. It is an age-old problem that seems to be moving at a gradual speed. But with the introduction of pink ball in Women s cricket league, the dynamics might witness some change soon. Yes, pink ball will be making its debut in Women s Pro Cricket League (WPCL), a T20 tournament that will be held in Mysore from June 12 to June 16.

CricketCountry spoke to Vanitha, who is the mastermind behind this league, along with other Ranji players from the Karnataka team on this occasion. Vanitha enlightened us more on the concept of the league. Last month we had been to Pune to play an invitation tournament. Then it struck our minds that we could have our own league in Karnataka, because we have not been doing anything from Karnataka. Rakshitha Krishnappa, Sanjana Batni, Prathyusha Challuru, Sahana Pawar, Akanksha Kohli and myself charted down the concept. We started hunting for few sponsors, she said.

Luckily, we found a few and they showed interest. With that in place, we decided to go ahead with the tournament. It was last week, we found our title sponsor Ekakinn Import and Export Pvt. Ltd. from Coimbatore. They were very happy sponsoring a Women s tournament, she added.

While Karnataka has produced women cricketers like Vanitha, Veda Krishnamurthy, Karu Jain, Mamatha Maben, Soniya Dabir, Sujata Sridhar and likes, this tournament aims to bring more talent to the fore. If there are any exceptional talent who have not been getting proper chances in state games, they can take part in the club events. It is another opportunity for them as well to play along with current and former cricketers, opined Vanitha.

Apart from one or two bilateral series or ICC tournaments, women cricketers receive minimal opportunity to showcase their talent. Through this league, former and current players would be itching to hold the bat and showcase their skills. We are not playing that many matches in comparison to the men s team. Now through this we have the option to explore and have fun. Anuja Patil, Soni Yadav, 2013 World Cup players like Reema Malhotra, Sulakshna Nayak, Niranjana Nagarajan, Archana Das will be participating in this league. I will also be playing and would be representing Royal Phoenix Bangalore, said an excited Vanitha.

WPCL includes 8 teams divided into two groups. Each team would be playing 3 league matches each day at Gangotri and JC Grounds respectively. The top teams would play the semi-final on the 15th and the final on 16th. Vanitha also hinted on the probability of a third position match, if the time permits. Online scorecard for WPCL will be available on Chauka.com.

WPCL is affiliated with Mysore University, who are helping the young girls to hold the matches in their stadiums. Vanitha and co. also took the opportunity to thank Karnataka Cricket Association (KSCA) and MUCSC for organising this event. 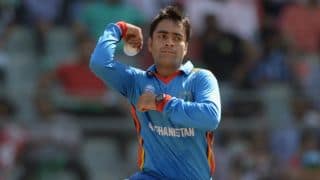