Young speedster Varun Aaron, who was out of cricket action for 16 months because of a recurring back problem that needed surgery, has recovered and is fit to resume his career. 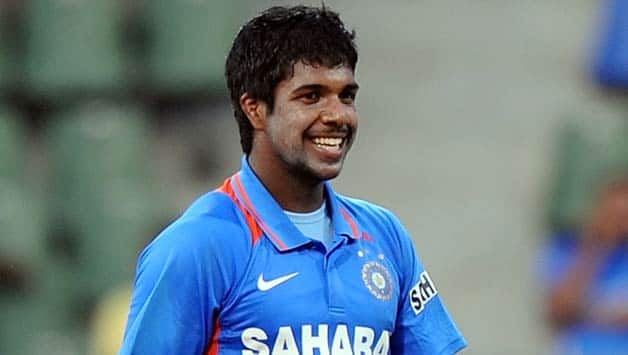 Young speedster Varun Aaron, who was out of cricket action for 16 months because of a recurring back problem that needed surgery, has recovered and is fit to resume his career.

The 23-year-old, who last played in Indian Premier League (IPL) 5 in May 2012 after missing the tour of Australia in December 2011 due to stress reaction in the back, is targeting this season’s Ranji Trophy to ease his way back into the First-Class game.

“It feels great to be back. Post the surgery, I’ve had a very comprehensive build up to my fitness and my bowling and I feel I am bowling at a 100 per cent now,” Aaron said in a statement issued.

The right-arm fast bowler, who made his Test debut against the West Indies in November 2011, said he is training at the MRF Pace Foundation in Chennai and is looking forward to play for Jharkhand in the upcoming Ranji season.

“I’m currently training with the fitness trainer, Rajnikant, at the MRF Pace Foundation before I join up with my Ranji team. There is less than a month to go before the Ranji Trophy season begins and I am looking forward to bowling at full throttle by then,” he said.

Aaron, considered to be genuinely quick, played in IPL 5 for Delhi Daredevils in 2012 but was again troubled by his back and underwent surgery in March this year. He has not played since then.

The Jharkhand pace bowler said the surgery helped him. “To be out for one and a half years was obviously pretty tough. I wasn’t making much progress with the rehab on my back. Then, with the BCCI, we decided to have the surgery which turned out to be extremely crucial in helping me recover.

“I also owe the guys at the National Cricket Academy a great deal as without them, I wouldn’t have got to where I am now. Of course, the support of my family and friends all adds to the process,” Aaron said.

The young pacer further said his priority is to perform well in the Ranji season and then look at returning to the Indian team.

“Injuries are not something you can control, but now I’m really eager to get going. Playing for India is obviously why I play this game, but for now the goal is to get back and feel good about my bowling once again.

“I would surely likely to have a successful Ranji Trophy season for starters. If I do that, I’m sure the rest will take care of itself,” he said.

India A vs West Indies A 2013: Abhishek Nayar says there are no demons in pitch