Contrary to reports of VB Chandrasekhar’s sudden demise due to cardiac arrest on Thursday, Times of India, on Friday, reported that the former India opener allegedly committed suicide owing to losses in TNPL. Chandrasekhar was the owner of VB Kanchi Veerans in the T20 league. The team finished fourth in the points table this season, winning four out of seven matches.

They played the Eliminator on August 11 and crashed out after losing the knockout contest against Madurai Panthers.

“Chandrasekhar’s wife told the police that she had knocked at the door of his room but there was no response. She then peeped through the window to find him hanging from the ceiling,” Investigating officer inspector Senthil Murugan was quoted as saying by the national daily.

“She also informed us that VB was depressed due to the losses that he had incurred in his cricket business,” added Murugan.

Chandrasekhar held the record of the fastest first-class century by an Indian batsman for 19 seasons. He had scored a 56-ball century in the Irani Cup back in 1987-88. Rishabh Pant, while playing for Delhi in 2016/17 Ranji Trophy season, broke his record with a 48-ball ton against Jharkhand.

The former Tamil Nadu batsman was the cricket manager of Chennai Super Kings for first three seasons of the Indian Premier League (IPL). He famously made a successful bid for MS Dhoni at USD 1.5 million in the auction in 2008.

Chandrasekhar served as a national selector from 2004 to 2006 and coached the Tamil Nadu state team for a season. He was one of the regular faces in the commentary box during domestic cricket. 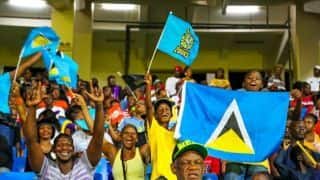 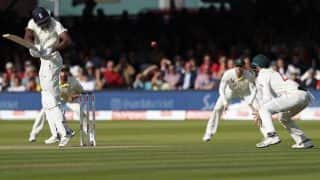