India legspinner Veda Krishnamurthy has urged the BCCI to organise more day-night matches for the country’s women cricketers as it will not just bring in the crowds but also ensure that players don’t drop catches due to unfamiliarity with playing under lights.

Krishnamurthy’s Velocity lost to Supernovas by 12 runs on Thursday in a women’s T20 Challenge match. The 26-year-old tweaker said the women are not particularly familiar with playing under lights and that reflected in their fielding, especially catches.

“Not playing under the lights is the reason for dropped catches. While practising at the academy ground we had found it difficult to sight the ball because it was dipping in. So it was really difficult to pick the ball,” said Krishnamurthy.

“Actually if you look at it, playing under lights is quite challenging because the whole atmosphere changes, the way wind blows with the light and the way ball travels on the field. So, there is a lot difference from a day game,” she added.

Krishnamurthy urged the BCCI to schedule more matches under lights so that the players can acclimatise with all playing conditions. Most of the women’s matches are scheduled during the day.

“I think it is very important. At least if we start playing T20s in the evening, it will bring in more crowds. If we are promoting it and putting up a show, I would like more people to come,” she added.

“We should start it with our domestic season. We have hardly been playing under the lights. Even in the matches in New Zealand or even the England series, we had morning games and our domestics are always from 10 am,” she said.

“There is lot of difference when you play under the sun and under the lights. So I think the more domestic matches we play under lights, the more we will develop in our fielding and get better adapted,” she added. 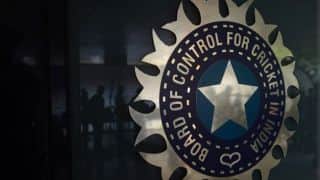