Veda Krishnamurthy top-scores with 21; fails to save Hobart Hurricanes from defeat against Adelaide Strike

Veda Krishnamurthy s 21-run effort went in vain as Hobart Hurricanes lost to Adelaide Strikers by 83 runs in match No. 5 of Women s Big Bash League 2017-18. After a disappointing debut with a 6-run knock in the previous match, Veda top-scored on Sunday with her 24-ball 21. However, her team collapsed, putting up only 93 runs and handing their opponents an easy victory.

Veronica Pyke s early strikes restricted Strikers to 38 for 2 before Suzie Bates and Sophie Devine built the partnership that revived the side. With a 117-run partnership, the duo took the score to 155 for 3; Sophie then departed for 43. Bates stayed at the crease as Veronica struck for the third time. Suzie completed her century before Veronica got rid of her. Suzie s 65-ball 102 was studded with 15 fours. Strikers innings came to an end with 176 for 6 on the board. Veronica was the best bowler for her side with 4 for 17.

However, Strikers batting remained disappointing. They kept losing wickets frequently and no stable partnership was formed. Veda was the third batter with a double-digit score as the rest of the lineup crumbled in front of Tahlia McGrath, Samatha Betts and Amanda-Jade Wellington s skilful bowling. Strikers were bundled with 1.1 over still remaining. 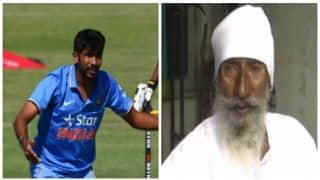 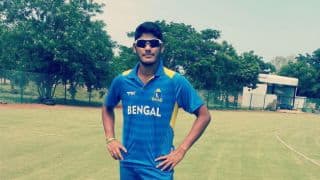