The week-long preparatory camp was shifted from the Wankhede Stadium to the Brabourne Stadium on account of the MCA vs BCCI stand-off.

The Indian Women s team continues to have its preparation for next month s ICC World T20 in the West Indies pushed onto the back foot, with the latest case being a shift in venue for their week-long camp.

After the Mumbai Cricket Association (MCA) refused to host the preparatory camp at the Wankhede Stadium, the BCCI shifted the location to the nearby Cricket Club of India (CCI). This has resulted in Tuesday s scheduled camp beginning a day later.

The development is the latest in the BCCI vs MCA tiff, with the fourth ODI between India and West Indies shifted from the Wankhede to the Brabourne Stadium inside the CCI after the MCA was left without the required signatory for vendor payments.

As a result of the end of the term of retired judges Hemant Gokhale and VM Canada, who had been appointed by the Bombay High Court in April to implement the Lodha Committee reforms, the MCA has been without a head.

The Indian Women s team had earlier been set back with news that a T20I series with West Indies was called off.

India begin the World T20 with a match against New Zealand on November 9. 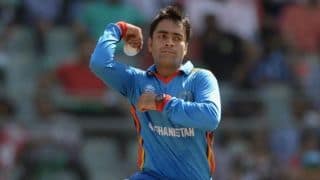