Vernon Philander has faced most number of balls in fourth innings without being dismissed.

Mominul Haque of Bangladesh, who appears second on the list, has been unbeaten twice.

The only Indian to feature in the top 10 is Pravin Amre. 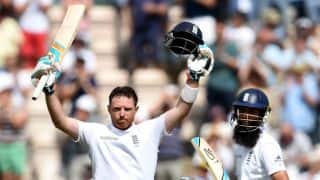