Warne explained how it is unfair to draw parallels between two cricketers playing across different eras.

Virat Kohli continues to be compared with batting legend Sachin Tendulkar for their shared hunger of scoring runs. The rate at which Kohli has been peeling off centuries across Tests and ODIs, it seems he might end up replicating Tendulkar s record of 100 centuries in international cricket or may even surpass it.

The latest to weigh in on the topic is Shane Warne, who spent a career playing against Tendulkar. Speaking to the Times of India, Warne explained how it is unfair to draw parallels between two cricketers playing across different eras. Tendulkar was Indian cricket’s flagbearer through the 1990s and was a national icon by the time he retired in 2013, breaking almost every batting record that there is.

Kohli, on the other hand, is the face of Indian cricket and easily the best batsman in the world currently, but Warne said he’d like to wait a little longer to see how great a batsman Kohli turns out to be.

“Very hard to judge when someone is playing and very hard to judge eras,” Warne said. “Think about the bowlers in the ’90s. Different surfaces that seamed. Now they’re a lot flatter. The ball swung more. So many invariables. But to think that someone was better than Brian Lara and Sachin – in those mid-’90s – against Wasim, Waqar, Curtly, Courtney, McGrath, Donald, Saqlain, Mushy, Vettori, Murali, myself. You can go on.

“Virat is breaking all the records, which is great but I want to wait. See, what people miss is this: You can set benchmarks, score those many centuries, average that high, score a lot many runs. But what people are going to remember you for is the way you played the game. Someone should run down the street and ask fans, how many runs did Mark Waugh make or what his average was? They wouldn’t have a clue but chances are, here’s what they’ll say: I loved watching him play. To my mind, what’s already evident is that Virat is one of the best players of all time. In One-dayers, he probably has to go down with Viv Richards as the greatest ever, not so much for the record but for the way he plays his game. But I’ll judge him at the end of his career.”

That said, the former legspinner did not shy away from admitting his fondness towards the India captain. Warne feels what separates Kohli from the rest in the fact that he stands up to his own beliefs and that’s the reason for his strong fan base across the globe.

“He’s fantastic. I love watching him bat and I love listening to him. I am a big fan. You know what he does? He stands up for what he believes in. He speaks how he feels and he’s real. He’s emotional, a bit too emotional sometimes on the field. But that’s the part of the charm,” Warne added.

“I think world cricket loves him. Everyone loves Virat Kohli because it’s refreshing to hearing him talk so honestly and openly. He loves confrontation. That’s why he has those 100s in chases. How many, 23, 24? The next best is how much? I can’t remember who’s second. That’s something inbuilt into you. That’s not skill or talent. He’s got a lot of that. That is just pure competitiveness and pure desire – to get the job done.” 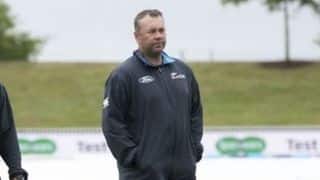 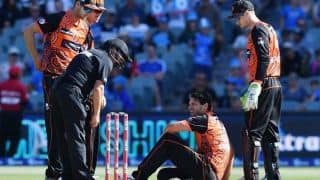