During a cricket match in England between Kerridge and Mossley in the Cheshire Cricket League, a cow briefly interrupted the play.

Be it any field sport, interruptions have been a common phenomenon. Be it technical interruption, or outside interference. However, the cutest interruptions are when the innocent animals disrupt the proceedings. Among animals, till date dogs have been mostly common, followed by bees and even rabbits. However, hardly anyone has seen matches being disrupted by cow interference. The same happened during a cricket match in England between Kerridge and Mossley in the Cheshire Cricket League. Although initially the cow seemed harmless, things soon turned hilarious. The cow ran towards a fielder at mid-on, but he was smart enough to evade the cow.

Confused with the situation, the square leg fielder too, moved form his position. However, the umpire seemed to be unmoved by the cow. Also, even while the cow was running at him, the umpire calmly moved out of his way to make way for the cow to run off. It seems the cow knew the positions well as it sprinted towards a certain section of the field, incidentally known as the cow corner. The video was posted by Mossley Cricket Club in their official Twitter handle.

Nevertheless, although it could have been a serious situation, there was no major accident reported as the cow was reported to have left the field later. 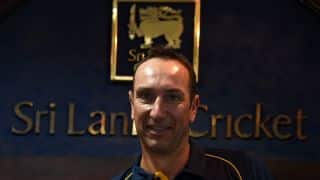