Eng-W vs Ind-W: Jones had actually timed the full-and-wide ball well over wide long-off but to her surprise, Deol was there and how. 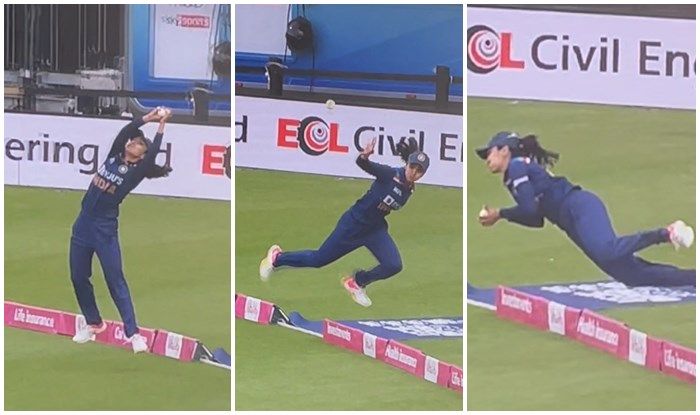 Northampton: Harleen Deol completed one of the best catches you would ever see in women’s cricket! Deol took the catch during the opening T20I versus hosts England on Friday at Northampton. Initially, Deol had to jump and take it with a reverse cup above her head.

Realising that she is losing her balance, Deol threw the ball in the air stepping out of the boundary rope. The Indian cricketer showed the brilliant presence of mind to jump back in just in the nick of time to complete the catch and send a well-set Amy Jones for 43 off 27 balls.

Jones had actually timed the full-and-wide ball well over wide long-off but to her surprise, Deol was there and how. Here is what exactly transpired…

Unfortunately, Indian eves lost the match by 18 runs via D/L Method. Keeping the rain threat in mind, Harmanpreet Kaur win the toss and opted to field. The hosts put on an above par 177 for seven in 20 overs. For the hosts, Natalie Sciver was the star of the show. She smashed a breathtaking 55 off 27 balls. Her innings were laced with eight fours and a solitary six.

“Could have hit some more sixes (chuckles). I was really enjoying it out there. I got an opportunity to bat with freedom today. We’ve got a really strong batting line-up. Once you find comfortable on that pitch, you can hit through the line. It was just a good game,” Player of the match Sciver said at the post-match presentation. 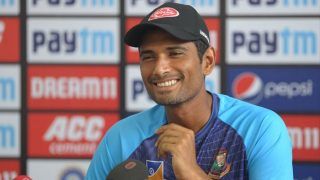