VIDEO: How to play cricket? Learn it from Sir Don Bradman, Keith Miller, Neil Harvey, Richie Benaud and other legends

Sir Don Bradman is seen giving extensive talks on multiple topics, from how coaches can mould players to how he honed his batting skills.

Playing cricket could be one of the easiest as well as toughest of things for individuals. Many take up the sport at a very young age. Smitten by watching cricketers on television, they try to emulate their heroes. The television can be a great teacher for those who want to learn, but it does not offer everything. On the cricket field during a match, players compete against each other, and the one with better technique and performance emerges as a winner. Behind the scenes, however, there is plenty of hard work when the cricketers are not playing. If one wants to learn the art, who better than legends like Don Bradman, Neil Harvey, Keith Miller and Richie Benaud to teach us?

On the occasion of the Lord’s Bicentenary celebrations, Marylebone Cricket Club (MCC) started digitising many ‘incredible’ documentaries on cricket, ‘A Bat, A Ball and A Boy’, featuring some of the greatest of cricketers, being one.

The documentary starts with a young boy called Jeff playing cricket with his friends on a street in an Australian city as Ray Lindwall passes by.

Jeff starts taking seriously, and he is then seen undergoing cricket training, being taught by none other than Benaud. who teaches Jeff the basics of the sport and presents cricketing greats as examples.

Sir Don Bradman is seen giving extensive talks on multiple topics, from how coaches can mould players to how he honed his batting skills as a young boy who had nobody to play with. He praises the bowling machine, for it allows batsmen to work on their batting techniques. He also talks about the back-lift: while coaches insist on a straight back-lift, but the great man stuck to what worked for him.

Bradman also took several names who did not necessarily have coaches involved in their growth as cricketers. Jack Hobbs and Len Hutton were the two greatest English batsmen according to Bradman. Among Australians, he described Arthur Morris as the ‘best left-handed’ batsmen he had seen.

The documentary also features the likes of Harvey, Miller, Peter Burge, Neil Hawke, Alan Davidson, Graham McKenzie and others. Benaud elaborates on the difference between a clean action and chucking.

Of course, it also has Benaud teaching some really valuable spin bowling tricks — but in the end, the documentary is a gold mine to us, who have grown up on these names but have never got the opportunity to catch them live. 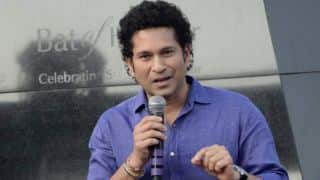 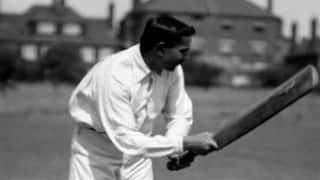