Andre Russell hammered 65 off 25 balls but Royal Challengers Bangalore managed to hold their nerve to register their second win of the season.

In desperate need of a win to keep their slim playoff chances alive, Kohli took 58 balls to bring up his fifth ton of the IPL and first this season with the help of nine fours and four sixes after Moeen Ali gave the much needed oxygen to their innings with a whirlwind 28-ball 66 (4×5, 6×6).

This was Kohli’s first hundred since 2016 when he had dragged the team out of a hole with four centuries in a record-shattering performance which yielded 973 runs from 16 matches as RCB finished as runners-up.

Kohli and Ali added 90 runs for the third wicket off just 43 balls as RCB posted 213/4 after being only 70/2 at the halfway stage. 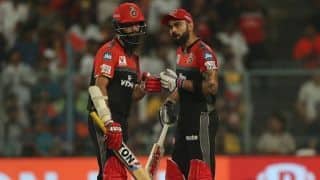 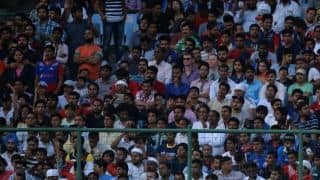 KKR vs RCB: Seven arrested from Eden Gardens for betting