Video: Krunal Pandya tries to do a Lasith Malinga, but fails

Video: Krunal Pandya tries to do a Lasith Malinga, but fails

The Pandya brothers have been making news off late. Krunal Pandya, Hardik Pandya‘s older brother seems to be a good buy for Mumbai Indians (MI) this season. The 25-year-old all-rounder has done a good job so far. He has batted well and also been among wickets. IPL 2016, Match 14, Pick of the tweets: Mumbai Indians vs Royal Challengers Bangalore at Mumbai

Once again, he proved his worth and this time with his bowling as he took two wickets and those wickets were of Virat Kohli and AB de Villiers. Just when he had begun to bowl well he surprised everyone with an unusual delivery. He bowled with an unusual action in his third over, which was also the 16th over of the match. It was an awful delivery from Krunal with a low round-arm action, which went down the leg side and wicketkeeper Parthiv Patel had no chance to collect and it raced towards the boundary. He probably tried to emulate fellow Mumbai Indian Lasith Malinga’s action but failed to achieve the desired result. Watch how Krunal bowled that delivery here:

Krunal Pandya does a Malinga sans the result #MIvRCB #VIVOIPLhttps://t.co/VelT0DEpCi

Further, Krunal bowled another over and completed his quota of four overs by conceding 27 runs with two wickets. With his overall impact bowling, MI managed to restrict RCB to 170. He was asked about this ball and he said that in times to come one can expect more of this surprise ball. 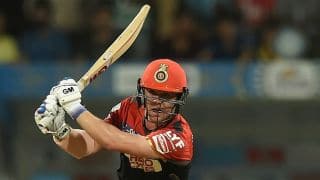 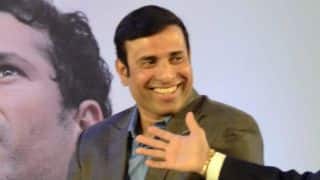