Ravichandran Ashwin unleashed his latest manoeuvre, leaving the batsman as well as the fans in shock.

Indian offspinner Ravichandran Ashwin has been known to experiment with his deliveries and bowling action and he once again left the spectators perplexed while playing for the Dindigul Dragons against Chepauk Super Gillies in the season-opener T20 match in Tamil Nadu Premier League (TNPL).

With Chepauk needing 17 runs off just two balls to win on Friday, Ashwin decided to use the opportunity to unleash his latest manoeuvre and leave the batsman as well as the fans in shock.

The off-spinner delivered the ball without a full action as his non-bowling arm remained unmoved and he completed the run-up by releasing the ball on his left foot.

This unusual action by the 32-year-old almost got him the wicket as the batsman seemed to have no clue of the ball which missed the stumps by a whisker. The ball was not declared illegal by the umpires and Ashwin came up with Kedar Jadhav-esque action for the next delivery.

Dindigul Dragons went on to win the match by 10 runs.

Earlier in the year, Ashwin made the headlines when he ‘mankaded’ Jos Buttler during the Indian Premier League. 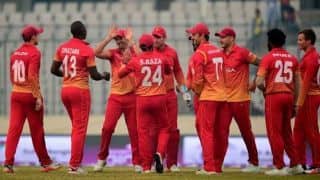 Zimbabwe Cricket pull out of triangular series after ICC suspension 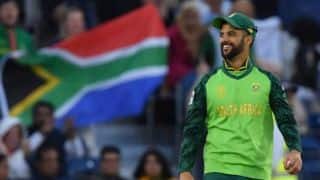