Steven Smith s father, Peter, dumped his son s Australian cricket kit in the home s garage following his suspension from the national side for a year.

Steven Smith s father, Peter, dumped his son s Australian cricket kit in the home s garage following his suspension from the national side for a year. Cricket Australia (CA) stripped Smith of national captaincy and banned him and key conspirator David Warner for the ball-tampering controversy. Peter, who stood behind his son during the tearful press conference, told Seven News, He will be fine. He will survive, he will survive.

On his arrival to Australian on Thursday, Smith addressed the press. A devastated Smith did not blame anyone for the controversy and took full responsibility. Smith is believed to have left for the United States to take a break from the whole glare.

Warner s wife, Candice, blamed herself for the entire debacle. The former Australian vice-captain was taunted during the second Test as a major section in the crowd poked fun at his wife. Quinton de Kock allegedly had made derogatory remarks during the first Test that led to a heated altercation between the two.

I feel like it s all my fault and it’s killing me it s absolutely killing me, Candice Warner told Sydney s Sunday Telegraph.

Both, Warner and Smith, were banned by the BCCI for participating in the IPL 2018. Warner and Smith were the captains of Sunrisers Hyderabad and Rajasthan Royals respectively. 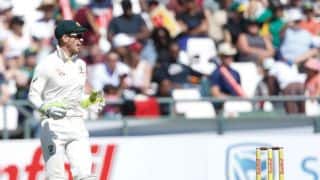 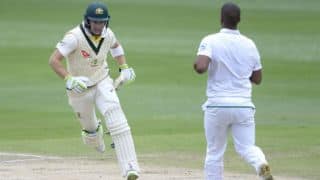