Under the pump for the first time. Kolkata Knight Riders skipper Dinesh Karthik's leadership skills and own form will be keenly observed.

Under the pump for the first time as Kolkata Knight Riders’ (KKR) skipper, Dinesh Karthik’s leadership skills and own form will be keenly observed when his team takes on Rajasthan Royals in a must-win Indian Premier League (IPL) encounter for both outfits, here at the Eden Gardens on Thursday.

Karthik has a tally of 117 runs after 10 matches with only one 50. The World Cup call up has also failed to inspire the stumper-batsman who chose to go on a break to Mumbai after KKR’s fifth successive defeat at the hands of Sunrisers Hyderabad on the road.

There have been talks about Karthik being removed as skipper even after head coach Jacques Kallis has put his weight behind the 33-year-old. The decision to send their best power hitter Andre Russell as low as No. 7 in the last few matches have only escalated the matter.

Besdies Karthik, vice-captain Robin Uthappa has been struggling with his own issues. While he has managed to score more runs than Karthik, 220 to be exact in nine matches but his strike rate of 119.56 has been a real cause of concern for the two-time champions. 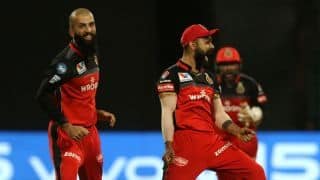