VIDEO: Vinay Kumar's Man of the Match efforts for Belagavi Panthers vs Mangalore United in KPL 2015

VIDEO: Vinay Kumar's Man of the Match efforts for Belagavi Panthers vs Mangalore United in KPL 2015

Watch the efforts of Vinay Kumar in the Belagavi Panthers vs Mangalore United in KPL 2015.

Thanks to skipper Vinay Kumar‘s 64 and his unfinished 122-run stand for the third wicket with R Jonathan (62*), last year’s runner’s up Belagavi Panthers beat  Mangalore United by eight wickets in the inaugural match of the Karnataka Premier League (KPL) 2015 match at
Hubballi on Thursday. Chasing Mangalore United’s 141, Panthers had an early setback as they  lost both their openers rather cheaply. From 22 for two in the fourth over, Vinay, who was joined by Jonathan, not only led his team’s recovery but he also ably guided his team to their first win of Season Four. The pair scored their run quickly and their match winning partnership came off just 81 balls with Jonathan hammering the four sixes and three fours while Vinay had six fours in his knock.

Put into bat, Mangalore United were struck a double blow when medium pacer Stalin Hoover struck to remove captain and opening batsman Rohit Sabharwal (0) and Sishir Bhavane (3). Karun Nair (38, 27b, 5 x 4, 1 x 6), who opened the innings, took it upon himself to score his team and along with KC Avinash seemed to be leading the team towards a healthy total when veteran and the oldest player of the tournament, Nitin Mulkhi struck to have him leg before. Rohan Kadam was run out a little while later and Mangalore United were clearly struggling. While bowling, Vinay took one wicket and for his all-round effort he was adjudged the man of the match. 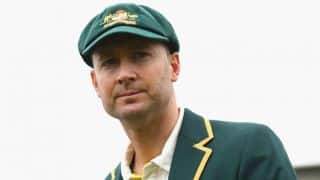