Commentators who are currently spreading their views throughout the tournament, came up with a video where they are seen emulating the same incident in a hilarious way.

The match between India and Bangladesh in the ICC World T20 2016 was undoubtedly the best match of the tournament of so far. With so many twists and turns throughout that match, made it one of the most unforgettable games in the history of T20Is. And it will be majorly remembered for it’s last ball thriller, where Indian skipper MS Dhoni run out Mustafizur Rahman to ensure India’s victory.Many Bangladeshi fans were disappointed on their defeat, while Indian fans celebrated with joy. Other cricket fans enjoyed the game and considered it as the one of the best T20 matches they have ever watched. Also Read: Cricket fraternity react to the India-Bangladesh World T20 thriller at Bangalore on Twitter

On this occasion, commentators who are currently spreading their views throughout the tournament, came up with a video where they are seen emulating the same incident in a hilarious way. In the video below, which was posted by ICC from their official Twitter account, Former South African speedster Shaun Pollock is playing the role Hardik Pandya, who bowled that over. Former West Indies cricketer Darren Ganga can be seen playing the part of Dhoni alongside Nick Knight and Russel Arnold as the batsmen. They’ve done a tremendous job in recreating the same scenario.

EPIC! @7polly7 @DarenGanga @RusselArnold69 & Nick Knight re-create one of the most talked about moments of #WT20!https://t.co/ksDBnsb1ul 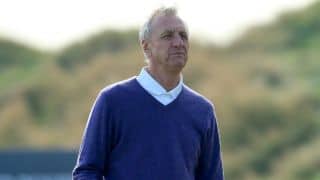