Ponting has been able to get the best out of players.

Delhi Capitals’ former talent scout Vijay Dahiya, feels head coach Ricky Ponting has played a key role in turning the tables for the franchise. The Capitals had finished IPL 2020 as the runners-up and were at the top of the points table before IPL 2021 was indefinitely postponed.

Dahiya, who played two Test matches and 19 ODIs for the national team, observed Delhi Capitals rise from close corners during his stint with the team in IPL 2020. The former Indian wicket-keeper and now a renowned commentator spoke to CricketCountry in an exclusive interview regarding Delhi Capitals’ rise, Rishabh Pant and much more in a candid chat.

Here are the Excerpts of the Interview.

You worked with Ricky Ponting, what makes him special and how does he get the best out of players?

Honestly, very few overseas players need to be looked after, they look after themselves. There are times when you need a big figure to speak to them. The higher you go, then you start trusting each other. Sometimes it is not what you are saying but whose saying makes a lot of difference. I think Ponting’s energy is very positive, he has played the game at the highest level, when he speaks, people drop everything and listen because he has done that.

He doesn’t have bookish knowledge, it is all practical that he has done. He is somebody who gives you enough freedom and tells you to back yourself. Sometimes, somebody who has played at the highest level for a long time can tell how to play. I think the other thing I like about him is that you need to know when not to coach. There are coaches who don’t address a problem there and then and Ponting is an exception in that case, maybe not to a length but he certainly tries to address a problem at the earliest.

Delhi’s dressing room has got a lot of respect for him and he has definitely earned it by working hard. He is an upfront kind of person, what he says, he means that, a very hard-working first one to get to the ground, the last one to get out. He is very important as far as Delhi’s success is concerned. A lot of credit needs to be given to him for the way Delhi is playing in the last couple of seasons.

How Delhi Capitals have been able to turn the tables in the last two years?

I think not making too many changes and playing with the right combination has helped. When you got the right combination, things start to fall in place, people start understanding what is their role and you start playing like that. Let’s not forget that Delhi has phenomenal Indian core players in their squad.

If you look at the Indian players that Delhi has got, they have one of the best in the business. Sometimes the domestic combination is so strong that the foreign combination looks like a second fiddle as far as the whole XI is concerned. They cover almost all the bases as a unit. They have top-class spinners in Amit Mishra, Ravinchandran Ashwin and Axar Patel, so you can’t ask for more.

Rishabh Pant has had a great run in the last six months. What he is doing differently now?

He is giving himself time and that is so important. He is understanding himself, a lot of people can tell a lot of things but until and unless you sit down, you talk to yourself, your self-realisation is the biggest thing. You need to be your best friend as a sportsman and I think this is what Rishabh Pant has done with himself. He has made peace with himself, he is not running after the things he can’t control, he is controlling the controllables.

That’s the reason you are seeing consistent performances in every department. Physically he is looking better than the previous day and that is giving him a lot more confidence. He has given the responsibility of a captain by Delhi Capitals and it gives you so much confidence that people believe in me. So he is starting to believe in himself and that’s the change I see in him.

With Shreyas Iyer likely to be back, who do you think will lead Delhi Capitals in the second phase? 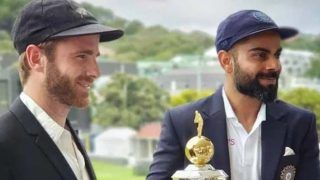 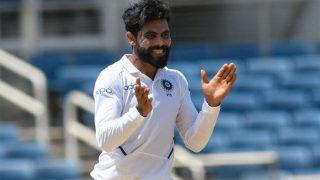 WTC Final: Parthiv Patel Feels Virat Kohli-Led India Should Play Ravichandran Ashwin Instead of Ravindra Jadeja as Only Spinner if it is a Green Top Pitch