A round-up of the Plate Group matches in round five of the 2018-19 Vijay Hazare Trophy.

A round-up of the Plate Group matches in round five of the 2018-19 Vijay Hazare Trophy.

Bisht s 135 off 90 balls beat his previous best of 118 and helped Meghalaya post 317/4 in 43 overs, with skipper Jason Lamare (42 off 54), former Delhi batsman Yogesh Nagar (56* off 46) and one-time Punjab allrounder Gurinder Singh (35* off 25) playing helping hands. Bisht and Lamare put on 111 for the third wicket, followed by Nagar and Gurinder featuring in an unbroken stand of 82 for the fifth wicket in nine overs.

Arunachal Pradesh never got close. Carved up by Negi, the innings folded for 61 in 26 overs. Raj Biswa bowled Techi Doria first ball, and two wickets to Negi off successive balls in the fourth over reduced Arunachal to 28/3. With Lakhan Singh dismissing Samarth Seth and Kshitiz Sharma, the rout continued before Negi finished off the lower order to end with remarkable figures of 7/16 in six overs. Five Arunachal batsmen failed to score, with Seth (15) and Song Tacho (16) the only players to manage double-digits.

Negi s 7/16 have come in his third game and is the eighth-best seven-wicket haul in List A cricket.

Former Delhi pace bowler Pawan Suyal had Uttarakhand s chase in early trouble at 0/2 after he trapped Karanveer Kaushal lbw for 0 off the second ball of the innings and two balls later bowled Vaibhav Bhatt for 0.

A stabilising partnership of 111 followed between Vineet Saxena (43) and Vaibhav Panwar (63), snapped by Imliwati Lemtur in successive overs to jolt Uttarakhand at 120/4. That was followed by a bruising partnership of 90 between former Delhi stalwart Rajat Bhatia (31*) and Saurabh Rawat (60*).

Former Karnataka batsman Abrar Kazi s unbeaten 75 off 96 balls was the only half-century of Nagaland s 206/9 in 50 overs. Regular wickets dimmed Nagaland s chances of a big total, but Kazi s 76, featuring seven fours and a six, and skipper Rongsen Jonathan s 38-ball 33 offered the bowlers something to bowl at.Deepak Dhapola, in his third game, starred with 4/34. 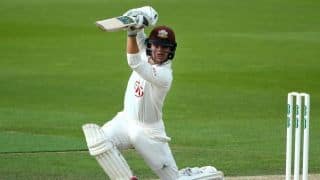 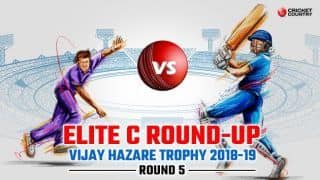