A round-up of the Plate matches in round nine of the 2018-19 Vijay Hazare Trophy.

Riding on opener Karna Veer Kaushal s 86-ball 118 Uttarakhand notched up their fifth win of the 2018-19 Vijay Hazare Trophy to move to second spot in points tally. Kaushal s second List A century was aided by 59-ball 61 by wicketkeeper-batsman Saurabh Rawat and lower-order hitting from Mayank Mishra (41*off 28), which helped Uttarakhand to 321. For Mizoram, their star player with the bat, Taruwar Kohli, starred with the ball claiming career-best 6 for 65.

In reply, Kohli, who had notched up two centuries and a half-century previously, was bowled by pacer Deepak Dhapola for five as Mizoram slumped to 169 all out. Allrounder Sanin Khadir played a lone hand of an unbeaten 73 off 84 deliveries with the next best being 23 by Akhil Rajput.

For Uttarkhand, Dhapola and Mishra claimed two wickets each while Vaibhav Bhatt picked three for 38.

Puducherry eased themselves to a comfortable nine-wicket win over Sikkim, who were bowled out for 90 courtesy a five-wicket haul for Fabid Ahmed. Ahmed s fabulous effort of 8/5 bundled Sikkim out inside 100 in 43.2 overs to keep them winless in the tournament with a sixth straight loss.

The highest partnership of the innings was the opening stand of 26 between Faizan Khan and Nilesh Lamichaney. Once the first wicket went down to, Sikkim s inexperience came to the fore which Puducherry capitalised on. Wickets fell in a heap, with Narayanan also helping himself to 3 for 21. Narayana followed his three-for by providing a promising start to Puducherry along with Rohit D as the two batsmen put on 84 for the opening wicket. But as they looked set to chase down the target without losing a wicket, Binod Gupta removed Rohit for 38. The win was Puducherry s third of the tournament and places them third in the Plate Group.

At Shastri Maidan, Anand outstation player KB Pawan, formerly of Karnataka, led Nagaland to their fourth win in seven matches with a 103-ball 112-run knock in chase of 272 against Arunachal Pradesh.

After being put in to bat, Arunachal lost their openers Utsav Pankaj Madan (4 )and Techi Doria (4) to pacer Arun Chauhan inside the first five overs before Samarth Seth and Kshitiz Sharma steadied the innings with a stand of 70 for the third wicket. Seth was removed by spinner Abrar Kazi for 32.

But Kshitz found support in Akhilesh Sahani as the duo added 158 runs for the fourth wicket to lead Arunachal to a healthy total of 271 for 4.

In reply, after pacer Sandeep Thakur had removed Nagaland openers Nitesh Lochab (29) and Sedezhalie Rupero (13) with the score of 55, Pawan got together with Rongsen Jonathan (28) for a stand of 72 runs. Jonathan was removed by Kshitiz.

Experienced hand Hokaito Zhimomi then took over as Pawan s partner and set Nagaland on course for victory combining for 101-run stand for the fourth wicket in 16.2 overs. Pawan departed with Nagaland 42 runs adrift of the target and Zhimomi upped the ante and took his team to victory with an unbeaten 68-ball 72. 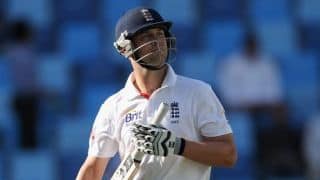 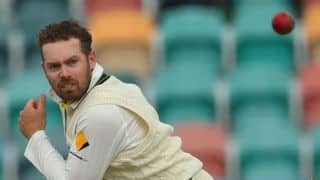