Indian Test opener Murali Vijay has been dropped from the Tamil Nadu squad for the remainder of the Vijay Hazare one-day tournament for failing to report to the ground.

Indian Test opener Murali Vijay has been dropped from the Tamil Nadu squad for the remainder of the Vijay Hazare one-day tournament for failing to report to the ground during his side’s match against Mumbai due to shoulder pain.

The Tamil Nadu Cricket Association (TNCA) revealed that the state body, the selection committee and the team physio were unaware of Vijay’s injury and that the player informed them about the same only in the last-minute.

Confirming the news, a top TNCA official informed that Vijay failed to report to the SSN College ground, the venue of the game, on Thursday and informed coach Hrishikesh Kanitkar regarding his shoulder pain an hour and a half prior to the start of the game.

Tamil Nadu, who have already been hit by an injury to opener Abhinav Mukund, roped in Ganga Sridhar Raju as opener alongside Kaushik Gandhi for that match, ESPNcricinfo reported.

Another TNCA official asked, “How can we find a replacement at the last minute? Vijay didn’t report to the ground and neither did he inform the selectors about his injury. It was very disappointing, to say the least.”

The 33-year-old’s commitment to Tamil Nadu has been questionable for quite sometime now as he keeps going off the field, with a substitute fielder walking in for him.

Vijay, who has featured in the state side’s first two matches against Gujarat and Goa and scored 11 and 51 respectively, has now been replaced by batsman Pradosh Ranjan Paul for the remaining matches. 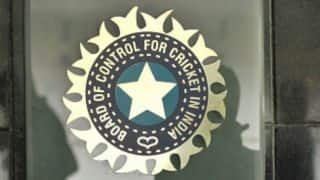