Chandigarh jumped to the top of Plate Group standings following their third straight win of the ongoing Vijay Hazare Trophy.

Chandigarh jumped to the top of Plate Group standings following their third straight win of the ongoing Vijay Hazare Trophy 2019-20. In a rain-curtailed affair, Chandigarh defeated Assam by 21 runs on Friday while the remaining two group matches were washed out without a ball bowled in Dehardun.

Opting to bat first after rain forced the the match to be reduced to 20 overs-per-side affair, Preet Kamal (34) and Jaskaranveer Sohi (28*) were Chandigarh’s top-two scorers in a middling total of 166/7.

Had it not been for Sohi’s attacking knock during which he struck two fours and as many sixes in 14 deliveries, Chandigarh could have been restricted for even lower total.

Pritam Das took 3/26 for Assam while Arup Das chipped in with a couple of wickets.

Assam started well with the opening pair of Swarupam Purkayastha (32) and Rahul Hazarika (10) stitching a 50-run partnership. Shresth Nirmohi (2/28) provided the first breakthrough for his side after which Assam collapsed to 85/6 in 13.4 overs.

Abu Nechim (31) tried resurrecting the chase but Barinder ensured there was no late drama with Assam being bowled out for 145 in 19.5 overs.

The other two Plate Group matches – Puducherry vs Nagaland and Uttarakhand vs Mizoram — were abandoned with the teams sharing two points each. 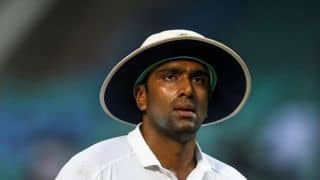 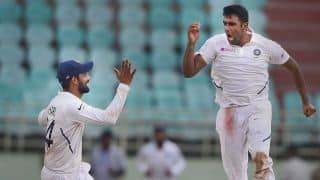