Saurashtra and Andhra's win came in rain-curtailed encounters against Kerala and Goa respectively. Andhra, Saurashtra and Karnataka registered their first wins of the Vijay Hazare Trophy 2019-20 in the Round 3, Elite Group A matches on Thursday.While Saurashtra and Andhra’s win came in rain-curtailed encounters against Kerala and Goa respectively, Karnataka beat Jharkhand by 123 runs.

The Andhra-Goa match became a 21-overs/side affair due to wet outfield. Andhra Skipper Ricky Bhui won the toss and elected to bowl and his bowlers made the most of that decision, restricting the opposition to 107/9. Yarra Prithviraj and Girinath Reddy set the ball rolling for Andhra as the duo ran through Goa’s top order, reducing them to 17/4 in under six overs.

Amogh Sunil Desai and Aditya Kaushik chipped in with 23 and 21 runs respectively. But Prithviraj returned to the attack and did further damage, scalping three more wickets to complete a five-wicket haul.

ALSO READ: Vijay Hazare Trophy 2019-20, Round 3 Group B: Rain Washes Out All Three Matches in Vadodara

While Andhra lost their openers early in the chase, Prasanth Kumar, who scored an unbeaten 46, and Karan Shinde, who remained not out on 33, helped Andhra register a seven-wicket win.

Saurashtra defeated Kerala by three wickets in a 34-overs/side affair. Put in to bat, Kerala enjoyed a solid start as the openers Vishnu Vinod and Vinoop Manoharan scored at a brisk pace. The two put up a 88-run stand for the first wicket before the latter was dismissed for 47 off 30 balls. Two runs later, Vishnu Vinod joined his opening partner in the dressing room.

While Sachin Baby scored 26, Kerala’s new skipper, veteran Robin Uthappa, could only score five runs. Sanju Samson too failed to score big and fell for 16 off Chirag Jani, who returned with the figures of 3/23 in his seven overs, as Saurashtra limited Kerala to 186/9 in 34 overs.

The Jaydev Unadkat-led side stuttered early in their chase and were reduced to 25/3. However, Vasavada’s 85-ball 92-run knock (unbeaten) and Harvik Desai and Prerak Mankad’s 30s helped Saurashtra secure a win.

While KL Rahul failed to capitalise on a start, fifties from Devdutt Padikkal, Manish Pandey and Pavan Deshpande helped Karnataka put up 285 runs on the board against the Ishan Kisahan-led Jharkhand.

Karnataka enjoyed a solid opening start as Rahul and Padikkal put up a 75-run partnership before the former perished for 29 off 58 balls.

Pandey and Deshpande, batting at number four and five respectively, added 76 runs together, while skipper Pandey scored 52 off 44 balls, the latter scored a brisk 70 off 59 balls.

Krishnappa Gowtham came to the party as Karnataka defended the total with ease. The off-spinner scalped five wickets as Karnataka bowled out Jharkhand for 162 to secure a 123-run win. 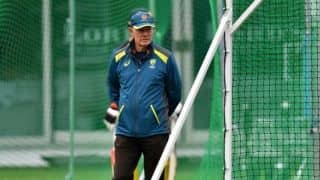 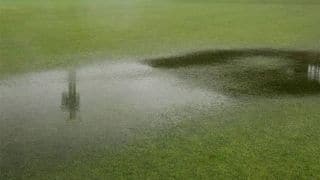