The dominance of rain has been such that all the matches in Group B, so far, have ended in no result. Rain dominated the proceedings as all the three matches of the Round 3 of the Elite Group B in the Vijay Hazare Trophy 2019-20 were washed out on Thursday.

There was no shortage of rain in Vadodara as the Maharashtra versus Uttar Pradesh game at the Reliance Stadium, the Punjab-Vidarbha encounter at the Gujarat State Fertilizer Corporation Ground and the match between Odisha and Haryana at the Darshanam Sports and Education Academy Cricket Ground had to be abandoned due to wet outfield.

The dominance of rain has been such that all the matches in Group B, so far, have ended in no result, with all the nine teams, after two matches each, forced to share points.

The next round of the Group B matches will now be played on Saturday in Vadodara. While Maharashtra will square off against Baroda, Himachal Pradesh will take on Odisha. The defending Ranji Trophy champions Vidarbha, meanwhile, will face Uttar Pradesh on September 28. 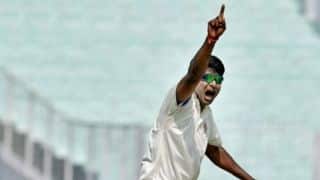 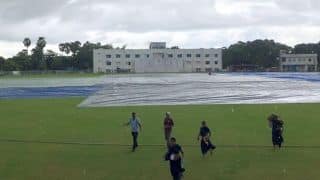