Shankar hasn't been able to grab his opportunities for the national team.

India’s veteran spinner Ravichandran Ashwin reckons Vijay Shankar has definitely struggled with a plethora of injuries and it has hampered his growth at the top level. Shankar had received a call-up into the national squad in 2019 and he was also included in the World Cup squad in place of Ambati Rayudu for his all-around abilities.

Shankar was able to get off to starts but couldn’t convert them into substantial scores. Subsequently, he was dropped from the team and since then he has struggled with injuries. Shankar has a good experience of playing for Tamil Nadu in the domestic circuit but injuries have led to his downfall.

Ashwin stated that people aren’t sensitive to injuries and Shankar hasn’t had the rub of the green on his side. Ashwin added that Shankar will need to manage his injuries and the team management should also give the right role to the player.

“Vijay Shankar has definitely struggled, but he will find a solution and can get his injuries sorted. B Indrajith, B Aparajith, and Vijay Shankar have been the backbone of Tamil Nadu cricket for a while (5 -8 years), but there are a lot of promising youngsters also coming through. It’s a matter of managing roles and giving seniors the right role,” Ashwin told The New Indian Express.

“Even in the India team, there is constant change in players (senior) in the team and new players come in. You need to strike a balance. Vijay is a fine player who has played in the World Cup and has a lot of experience. He has had a lot of injuries and there is no better person to understand it (injuries) better than me. Sometimes people are not sensitive to injury,” Ashwin added.

“It doesn’t become easy to manage injuries as you grow old. Vijay is about 30-31 years old and managing injuries when you get older is harder. So, I think we must give the right roles and we must balance it with youngsters coming in and seniors. We should look for a way forward, utilise Vijay Shankar’s experience, and also blend it with the youngsters. It will be good for TN cricket if we strike a good balance and give more opportunities for youngsters,” he signed off.

Vijay Shankar has played 12 ODIs in which he scored 223 runs whereas he has scored 101 runs in nine T20I matches. The Tamil Nadu all-rounder also hasn’t been able to deliver the goods while playing for Sunrisers Hyderabad in the Indian Premier League. 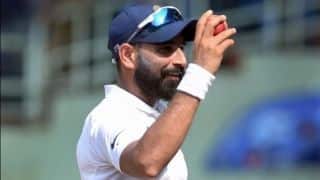 If India Return Victorious, Will Dedicate Win to Our Soldiers, Police Officials And Doctors: Mohammed Shami 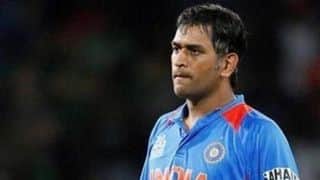