Gujarat and Bengal too registered wins in the other two matches of the Group C matches. 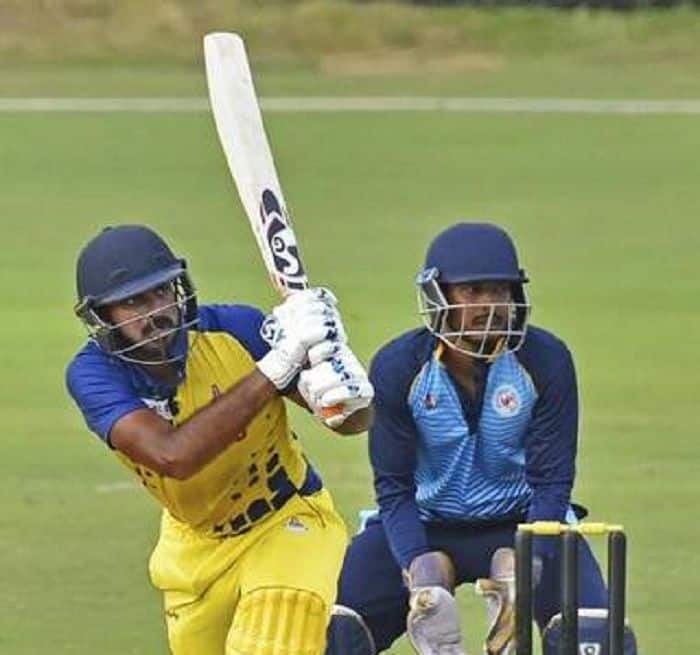 Vijay Shankar returned from injury with a superb 91 off 88 to power Tamil Nadu to a seven-wicket win over Bihar in Round 4 of an Elite C match of the Vijay Hazare Trophy 2019-20 on Saturday.

Chasing 218, Tamil Nadu arrived at the target in 46.5 overs to notch up a third straight victory. Shankar, who missed the ODIs and Tests in the India A-South Africa A series, tonked six boundaries and a solitary six during his stay at the crease.

The dismissal of C Hari Nishaanth brought Baba Aparajith (52 not out, 66 balls, 1 four) and Shankar together. Shankar was aggressive in his stroke-play, while Aparajith was content to work the ball around and rotate strike.

Earlier, after opting to bat, captain Babul Kumar made 110 (136 balls, 12 fours, 1 six) as Bihar recovered from a poor start after losing their openers in the first two overs. Babul Kumar added 89 runs for the third wicket with Rahmat Ullah (38, 52 balls, 7 fours) and 93 runs with Keshav Kumar (35, 74 balls, 3 fours) for the fourth wicket.

After the skipper’s dismissal to M Mohammed, Bihar lost their way and ended up with only 217. Mohammed was the pick of the bowlers with 3/33 in 8 overs.

At the Sawai Mansingh Stadium in Jaipur, captain Parthiv Patel’s 90 led Gujarat to a thumping 35-run win over Madhya Pradesh. Opting to bat, Gujarat kept losing wickets, but that did not deter Parthiv from the other end. The wicketkeeper-batsman smashed four boundaries in his 90 off 96. Bhargav Merai chipped in with a valuable 69 off 79 as Gujarat finished at 281/9.

Ishwar Pandey and Gaurav Yadav did the major chunk of the damage for Madhya Pradesh with the duo sharing seven wickets between them. Ishwar returned with 4/46 in his 10 overs, while Yadav pocketed the other three in his 10 overs.

Chasing down the tricky target, veteran batsman Rajat Patidar top scored with 71, but he received no support from the other end as MP ended up 35 runs short. Arzan Nagwaswalla was the pick of the bowlers with 3/50 in his 10 overs. 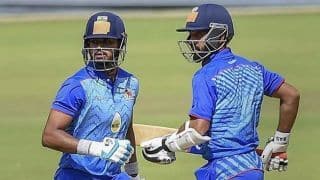 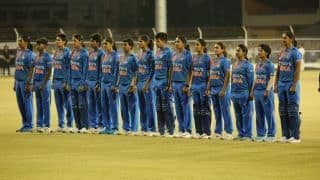