New Delhi: Despite the ongoing controversy surrounding Anil Kumble’s exit from the post of the Indian cricket team’s head coach, swashbuckling skipper Virat Kohli‘s popularity continues to grow. The 28-year-old has added one more feather to his cap as he has become the second most followed Indian on Facebook with over 35 million followers to his name. Kohli, who is currently leading the Indian team in West Indies for the limited-overs series, is now just behind Prime Minister Narendra Modi, who has 42.2 million Facebook followers. He, however, is the most popular celebrity on Facebook in the country, surpassing Bollywood superstar Salman Khan by more than 6, 00,000 followers to surge to top of the list. FULL CRICKET SCORECARD: India vs West Indies 2017 2nd ODI at Port of Spain

Besides, the Royal Challengers Bangalore (RCB) skipper also has 16 million followers on Twitter and 14 million on Instagram to become the most famous cricketer of all times around the world. After replacing Mahendra Singh Dhoni as skipper, Kohli guided India to Test series wins against New Zealand, England and Australia before leading RCB in the tenth season of the Indian Premier League (ISL). Meanwhile, former BCCI chief Anurag Thakur feels that Kohli is being unreasonably targetted for Anil Kumble s resignation as India s chief cricket coach. Kumble stepped down at the end of the Champions Trophy earlier this month after acknowledging a rift with skipper Kohli, who has refused to divulge just what led to the fallout. BCCI should come clean about Virat Kohli-Anil Kumble spat, says Anurag Thakur

Virat is being unreasonably targetted, I think this discussion should stop. Virat has the ability to take Indian cricket to new heights in the next 10 years. This is not the first time that a cricketer is being targetted. In the past too, captains and former captains have been targeted, Thakur told PTI. 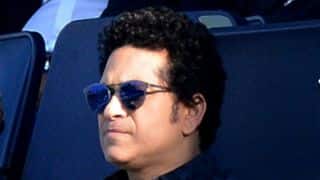