India Test captain Virat Kohli has admitted that he cried after Mahendra Singh Dhoni announced his retirement, after the third Test against Australia on their last tour. Kohli became India’s 32nd Test captain after Dhoni, having secured a draw in the third Test of the four-match series, announced retirement. READ: MS Dhoni was calm when he broke the news

Kohli told ESPNCricinfo’s The Cricket Monthly, “We were all taken by surprise. My first feeling was: We played under him all this time. He has groomed all the young guys in the team. He has given them opportunities. And now he is not going to be the Test captain. Honestly, I was not able to think that I am going to be the Test captain now, at that very moment.” READ: Dhoni’s career stats and highlights

Kohli continued, “After things calmed down a bit, after about an hour and a half, I went to my room. Anushka [Sharma], who had come to watch that series, was there and I told her about the news. Her feelings were also mixed as to how did this happen so suddenly. Why did he do this?”

“After a while for both of us it sunk in that I am going to be Test captain of India, not just for one or two games but permanently. And that is when I broke down, because I never expected this to happen. Honestly, if you told me when I started playing cricket that at 26 I will be Test captain of India… no chance,” Kohli added.

He continued, “My only dream was to play Test cricket for India. It is amazing how all those feelings as a young kid, playing club cricket, playing school cricket, playing state cricket, all those memories start flashing in your head. How many games you played. How you came up through the ranks. How you came up at different levels in cricket in India. And this day and this moment is in front of you. It was surreal. It was a special sort of emotional feeling that I experienced.” 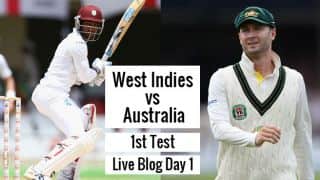 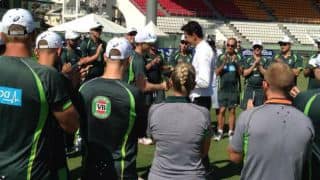