Former player Lalchand Rajput today expressed unhappiness over the Virat Kohli-Anil Kumble fissure which has led to Kumble stepping down as the head coach of the Indian team abruptly.

Mumbai: Former player Lalchand Rajput today expressed unhappiness over the Virat Kohli–Anil Kumble fissure which has led to Kumble stepping down as the head coach of the Indian team abruptly. “It’s not a good sign. It doesn’t augur well because Anil Kumble has played so much cricket and given yeoman service,” said Rajput, who himself is currently the head coach of Afghanistan. READ MORE ON KUMBLE-KOHLI SPAT

The former Test opener is among those who have applied for the head coach’s job after the Cricket Board invited applications for the post as Kumble’s contract was scheduled to end at the conclusion of the ICC Champions Trophy. “We actually don’t know what has happened, so it is wrong on my part to comment on that aspect. Whatever has happened, it has not gone well for Anil Kumble,” Rajput told PTI here when asked about the episode.

On June 20, Kumble stepped down from his position after a widely-speculated feud with captain Kohli, marking a bitter end to his highly successful tenure that saw the team winning six Test rubbers in a row. The 55-year-old Rajput, who was the cricket manager of the Indian team during its triumphant run in the inaugural World T20 Championships in South Africa in 2007, said he had enough coaching credentials to take on the mantle.

“As a coach, you have to go through certain qualifications. And I have passed those, because level three was the highest grade (in my time) and I was the first in India to achieve it,” he explained.

Rajput, who played two Test matches and was a prolific scorer as opener for Mumbai, said although he had not played much Test cricket, it was “secondary”.

“If you play 100 Test matches that does not mean you become a good coach. Coaching and playing cricket are totally different. If you look at South Africa, England and Australia, their coaches need to have minimum coaching qualifications,” said the former right-handed batsman.

He cited the examples of England’s coach Trevor Bayliss and South African coach Russel Domingo who haven’t played much cricket.

“I feel that BCCI should also look at the coaching aspect of a candidate. That is what the coach brings to the table,” he said.

Rajput listed his achievements including the victorious T20 World Championship in South Africa, the ODI triangular series in Australia in 2008 and the home ODI and Test rubbers against Pakistan in 2007.

Then I was given U-19 and we have won all the five overseas tours.

“Now I am head coach with the Afghanistan team for the last one year and you see their progress. We have won most of the series. We are doing exceptionally well. That means I have the coaching credentials. Whichever assignment I had been given, I have done exceptionally well,” Rajput noted.

The BCCI has decided to invite more applications for the post of Indian team’s coach to give Cricket Advisory Committee (CAC) a wider range of options.

Asked about it, Rajput said, “It’s not right, they had given a deadline that you should apply before it. It’s not fair asking again for applications once you give a deadline.” 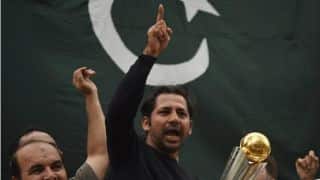 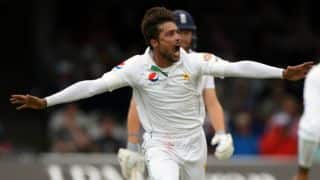