The appointment of India's coach has taken a new twist as Ravi Shastri, the former team director, has decided to apply for the position and appears to be a front-runner a year after Anil Kumble was favoured over him.

Kolkata: Coach Anil Kumble and captain Virat Kohli’s dressing room rift after India’s ICC Champions Trophy 2017 final loss should have been handled in a matured way, former skipper Sourav Ganguly said on Tuesday. One of the three members of the Cricket Advisory Committee (CAC) that has the power to pick the coach, Ganguly said: “The matter between Kumble and Kohli should have been handled a lot better, by whoever in charge. It was not handled properly.” READ MORE ON KOHLI-KUMBLE SPAT

The appointment of India’s coach has taken a new twist as Ravi Shastri, the former team director, has decided to apply for the position and appears to be a front-runner a year after Kumble was favoured over him. Shastri had openly blamed Ganguly for his ouster, claiming that the former India captain as member of the CAC, lobbied for Kumble to replace him and convinced the other panel members, Sachin Tendulkar and VVS Laxman.

“Everybody has got the right to apply. We will find out. I can also apply provided I’m not an administrator,” Ganguly said.

The president of Cricket Association of Bengal was today named in a seven-member committee headed by IPL chairman Rajiv Shukla to identify the “few critical points” in the implementation of the Supreme Court order.

“We will have to listen to committee of administrators. I’m not exactly sure what will happen but I will find out,” Ganguly, who is the only cricketer in the panel, said.

Meanwhile, the CAB will have an emergent meeting on July 1 to discuss the way forward with the Lodha reforms.

“We did not have SGM last year. Till the reforms are done it won’t happen. We have informed the members of the meeting to discuss what is the way forward,” Ganguly added. 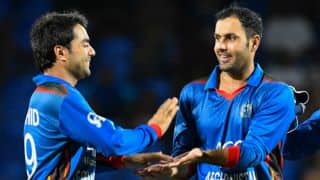