On Tuesday, India skipper Virat Kohli was dismissed for 16 off 14 balls in Mumbai during the first ODI to Australia’s leg-spinner Adam Zampa. With the wicket of the Indian skipper, Zampa joined an elite club of spinners featuring former English spinner Graeme Swann and Sri Lanka off-spinner Suraj Randiv. The three spinners have dismissed Kohli four times in ODIs, which is the most.

Kohli was dismissed in the 32nd over when Zampa tossed the ball and the Indian skipper smashed it straight back at him. It was hit hard and Zampa kept his eyes on the ball and managed to hold onto it. It was a big wicket and that is the wicket that also tilted the match in favour of the tourists.

Meanwhile, opener Shikhar Dhawan roared back to form with a crisp half-century but India struggled to get going as Australia bowled them out for 255 in 49.1 overs in the first of the three ODIs at the Wankhede Stadium on Tuesday. 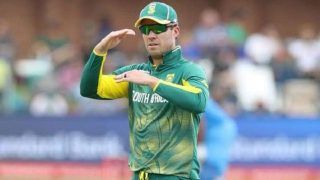 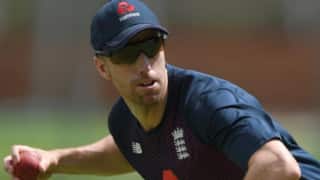