In terms of wicketkeeper, Warne chose England’s Jos Butler at No.8, who was outstanding for his side in the ICC T20 World Cup 2016. As for the bowlers, Mitchell Starc, Sunil Narine and current sensation Mustafizur Rahman were selected.

The choices of Gayle and Kohli were obvious, considering their displays in the format in the past few months. The inclusion of McCullum can be termed as a surprise, with the former Kiwi captain not at his best in the IPL 2016. David Warner, who captained Sunrisers Hyderabad to win in IPL 2016, was a surprise exclusion.

Currently, Kohli leads the ICC rankings in T20I due to his sensational performances in recent T20 tournaments. He is followed by Australian Aaron Finch and Martin Guptill. De Villiers, one of Warne’s inclusion in his team does not feature in the top 30 in the rankings.

Having made his international debut in 1992, Shane Warne represented Australia in 145 Tests and 195 ODIs. He is widely considered to be one of the greatest ever bowlers in the game, and the greatest ever leg-spinner. His haul of 708 Test wickets is only bettered by Muttiah Muralitharan, who amassed 800 wickets. 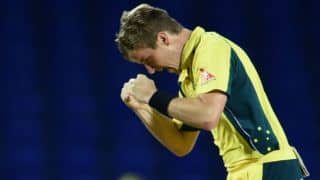