Virat Kohli has been rested for the tour of Zimbabwe, but will be back to lead Team India in the four-match Test series against West Indies.

India Test skipper Virat Kohli took to twitter to congratulate basketball legend LeBron James on leading Cleveland Cavaliers to their maiden NBA title, beating Golden State Warriors 93-89. James collected 27 points and was also adjudged the Most Valuable Player (MVP) of for his excellent show throughout the competition. Kohli is at home currently, having been rested for the tour of Zimbabwe, but he will be back to lead Team India in the four-Test series against the West Indies, beginning in July. Kohli has won the last two Test series against Sri Lanka and South Africa as captain and will look to complete a hat-trick against West Indies. Virat Kohli shares adorable childhood picture with his dad on Father’s day

Kohli is known to be an avid follower of all sports. He recently wished the Indian hockey team luck ahead of their Champions Trophy Final. He also interacts with many footballers including Tottenham Hotspur and England forward Harry Kane. Kane has often praised Kohli for his excellent show with the bat and Kohli acknowledges it. READ: Virat Kohli receives match fees from DDCA after 3 years

Kohli sis perhaps in the form of his life at the moment, having already notched up over 1,000 T20 runs this year. He recently played in the Indian Premier League (IPL) for the Royal Challengers Bangalore (RCB) and ended up as the highest run-getter by a long margin. With a long season ahead, Kohli has been rested for the Zimbabwe tour and will look to come all guns blazing against West Indies.

You got it home @KingJames! Congratulations, what an amazing game and season for @cavs #NBAFinals

Ajinkya Rahane has been appointed as his deputy for the West Indies tour, which comprises of a maiden call-up for Mumbai fast bowler Shardul Thakur. 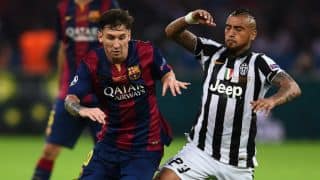 Arturo Vidal: Lionel Messi is the best player in the world 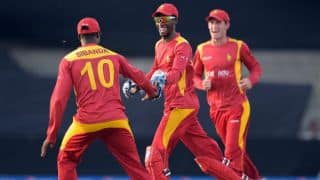