MS Dhoni and Virat Kohli share great camaraderie both on and off the field.

Virat Kohli, on Saturday, held a Question and Answer session on Instagram for the fans. Kohli is the most followed Indian on Instagram with over 122 million followers. He is also the only Indian to breach the 100 million on the social media platform.

A fan asked: “Two Words that define your bond with captain cool??”

Dhoni announced his retirement from international cricket last year but he continues to play in the Indian Premier League for Chennai Super Kings. Dhoni and Kohli share great camaraderie both on and off the field.

Another fan asked: “One secret about Indian cricket team which you can share.”

To which Kohli said: “We are Actually a bunch of pranksters.”

The Indian players often post videos on social media where they were seen making prank on each other.

While a cricket fanatic asked Kohli to name a bowler from the past who would’ve troubled him.

The Indian cricket team skipper picked former Pakistan pacer Wasim Akram name for the answer. Akram was one of the most lethal pacers of his team and was very famous for reverse-swinging deliveries.

Kohli will soon travel to England with Team India for the final of the World Test Championships against New Zealand and later they will also play a five-match Test series against the hosts.

India finished at the top on the points table of the WTC group stage. The last time when Kohli went to England for the Test series, he emerged as the leading-run scorer against England. 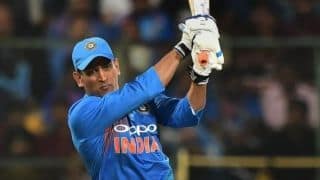