Kohli said it was a challenging task to beat their sub-continental rivals so convincingly.

Elated after India decimated Sri Lanka with clinical precision in the just-concluded ODIs, stand-in skipper Virat Kohli said the biggest takeaway from the hurriedly-arranged series has been the positive and aggressive attitude that his team displayed all through.

India crushed Sri Lanka 5-0 completing the formalities with a three-wicket triumph in the final match of the series last night.

“Guys being positive and aggressive rather than defensive and negative. So that’s something we’re really stressing on. Even if a bowler is getting hit, as long as he’s looking to take wickets and not looking to get away — that’s the change we need,” Kohli, who struck a 139-run knock, told reporters.

“That’s something we have decided as a group in the series and it has come out beautifully,” he said. Stressing on the new-found aggression, Kohli said it was a challenging task to beat their sub-continental rivals so convincingly.

“It’s not easy to have a whitewash especially against a sub-continent team in the sub-continent. It’s always a very difficult thing so really glad the way the guys have responded to whatever I’ve asked of them. I’m really satisfied as a captain,” he said.

Reiterating his mantra of being ruthless, Kohli said: “I meant with ruthless, that we’re looking to create wining habits more than anything else and create a culture for the team that needs to continue going forward as well.”

With an inexperienced side under him, Kohli batted at number four but the flamboyant right-hander said his gut feeling was to bat at his usual number three.

“I can’t comment on it right now but as long as we’re strengthened in the middle-order I don’t see any reason to keep batting at four. I’ve scored most of my centuries and won most of the games for the team at No 3.

“As long as I play the same way as I did today, that serves right for the team. You never know, I’m comfortable batting at No 3 and 4 both. I will go with my gut feel as well as what the team requires of me.

“Whatever fits the right balance we’ll go ahead with that. But I’m learning to bat at other position also if the team requires,” he added.

Having outplayed Sri Lanka in the first four ODIs, India found themselves on the wrong side for the first time here in Ranchi when they were 231/7 in a collapse that began with Ambati Rayudu‘s run-out after a fine 59.

It was Ajanta Mendis (4/73) who triggered the collapse with two wickets in successive deliveries.

However, Kohli held his composure and took charge against Mendis with three sixes en route to his 21st ODI century — a match-winning 139 not out from 126 deliveries.

Happy to have led from the front, Kohli said it’s easy to inculcate the culture of being aggressive as he has always played the game at high intensity.

“I, as a captain of the team, need to be at the intensity level first before asking anyone to be at the same level.

That’s a conscious effort I have to make. It’s not that hard because I always play my cricket like that. Leading by example always feels nice,” Kohli said.

“It [being ruthless] has to start at the top especially with the young team. The guys who are experienced have to lead the way. In a team, the negativity can spread really quickly. You saw two heads falling, six fall after you, you need to keep your head held high. The more they see these kind of games and situations, and know that the aggressiveness is coming from the top, they would need to follow as well and be on the same page,” Kohli said.

Kohli was left stranded at the other end and did not get the strike as wickets kept falling and he said it was frustrating, which is why he batted down the order.

“I would be wrong to say it was not frustrating. That’s fine when the other guy is playing well and you don’t get strike. Knowing the fact that you lost three-four batsmen because of lack of rotation of strike gets more frustrating,” he said.

“That was the reason I was playing at No 4 in the series because you need somebody to play in those situations. Playing with the middle-order batsmen throughout, I knew what to do in that situations, to stay calm and knock the ball around,” he added.

Kohli played a Dhoni-like helicopter shot to Mendis in the final over as India raced to the target with eight balls to spare. He, however, said it was not intentional. 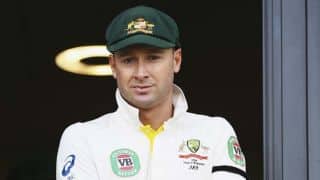