Virat Kohli wasn't the only Indian player to notch up a milestone. Rohit Sharma crossed 3,500 runs in the format, becoming the first men's player to get to the milestone in T20Is.

India became the first team from Group A to seal their Super Four spot in Asia Cup 2022 with a 40-run win over Hong Kong at the Dubai International Stadium on Wednesday. Earlier, Suryakumar Yadav’s fireworks in the last seven overs led him to be unconquered on 68 off just 26 balls and combined with Virat Kohli’s 31st T20I fifty, 59 not out off 44 balls, propelled India to reaching a daunting 192/2.

In defence of 192, spinners Yuzvendra Chahal and Ravindra Jadeja conceded just 48 runs overall to make up for the 97 runs leaked collectively by young pacers Avesh Khan and Arshdeep Singh to reduce Hong Kong to 152/5 in their 20 overs.

The half-century, his second in the format in 2022, helped Kohli go level with Rohit Sharma for most scores of fifty or more in T20Is. This was Kohli’s 31st fifty-plus score in the format. Rohit has 27 half-centuries and four hundred in T20Is.

No other batter has more than 30 such scores in T20Is with Babar Azam, David Warner, Martin Guptill and Paul Stirling the others with more than 20 scores of fifty or more. While Kohli has 31 such scores, he is yet to make a hundred in T20Is. All of the other batters with 15 or more fifty-plus scores in men’s T20Is have at least one hundred.

Kohli wasn’t the only Indian player to notch up a milestone. Skipper Rohit Sharma crossed 3,500 runs in the format, becoming the first men’s player, and second after Suzie Bates to get to the milestone in T20Is. His half-century laid the platform for India against Hong Kong on Wednesday, but it was a stunning 26-ball 68* from Suryakumar that helped India make 122 runs in the last 10 overs and set Hong Kong a formidable total. 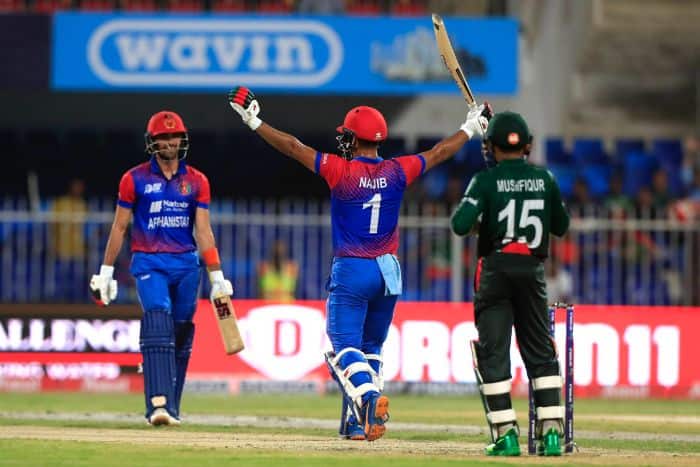 Sri Lanka vs Bangladesh Asia Cup 2022 Live Streaming: When and Where To Watch In India