With some free time in his hands, Kohli went on to push the limits on the Audi R8 sports car by hitting a speed of 280 kph at the racing track of Buddh International Circuit.

After having a torrid season in the 10th edition of Indian Premier League (IPL) as a captain, Royal Challengers Bangalore (RCB) skipper Virat Kohli hit the road on the fast lane. His love for cars is well known. Despite having the worst season of IPL as captain, all the eyes are on Kohli as he gears up to India in the upcoming ICC Champions Trophy 2017, where the team enters as defending champions. At the start of IPL 2017, Kohli was suffering from shoulder injury but came out to play soon and found success with the bat.

With some free time in his hands, Kohli went on to push the limits on the Audi R8 sports car by hitting a speed of 280 kph at the racing track of Buddh International Circuit. As reported by Times of India, Kohli claims that he has done faster and added, I have done 290 kms per hour here once before. But I sort of freak out. I cannot break at the last moment, like the professional drivers do.

When asked about cricket-related stuff, Kohli refused to answer and looked relaxed at the moment for being at home in Delhi. I have grown up here, (and) I have played my cricket here. Also, my family is here. So of course, I do have a lot of memories. When I come back, I do relate to all the roads, especially the routes that I used to take in my childhood while traveling for cricket, or otherwise, said Kohli.

The Indian captain accepts his strong connect with the capital city of the country but does not like the city’s traffic. The only thing is that the traffic here has become much more hectic over the years,” Kohli added. I do like to step out in my car, and just enjoy myself, and listen to good music. I also like to spend a lot of time at home. When I come to Delhi, I am totally at home. I don’t like to step out at all.”

Being mad about cars, Kohli also spoke about safety issues and expressed, It’s a very important issue and I have been… urging people to drive safely, and not drinking and driving. They should follow safety rules. It’s quite disappointing to see people not follow rules. It disturbs you as a responsible citizen. Please remember that one mistake can really harm a lot of people. 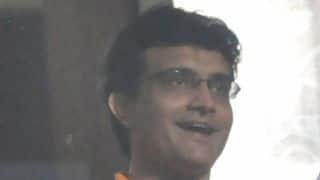 Sourav Ganguly: Bengal Premier League to get underway from December 2017 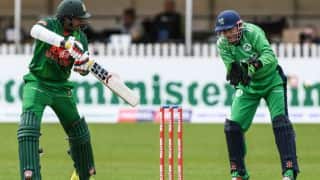