India won the third and final T20I by 6 runs against New Zealand.

Virat Kohli and co. faced a tricky situation in a rain-affected match on Tuesday. India had to defend 68 in 8 overs. There was Colin Munro who smashed a boundary off his very first ball and looked in ominous touch. Colin de Grandhomme, too, looked threatening.

However, the Indian pace attack once again rose to the occasion. Jasprit Bumrah ended with the best bowling figures of 2 for 9m while Bhuvneshwar Kumar s figures read 1 for 18. Yuzvendra Chahal and Kuldeep Yadav, too, pitched in with their performance.

However, there was a juggle between Hardik Pandya and Kuldeep Yadav for the final over. Kohli opted for the best man during the pressure situation.

Despite the injury, Pandya ensured India reach the finish line. During the post-match conference, Kohli praised his bowlers and why he opted for Pandya for the final over.

‘Plan execution was spot on’

In the second innings, they didn t give too many boundary balls. We wanted our best bowlers to get done early and leave so many runs in the end they would be left with a lot. They executed the plans well.

We had the confidence in Hardik, whose off-cutters are good. The wicket was damp tonight, so the ball was sticking to the wicket. I tried going up to him (in the final over), but after three balls he said, I ll do it, you don t have to worry. As a captain, when you get that kind of confidence from your bowlers, you aren t left with much to say. He has confidence in his abilities and he finished off the game well.

‘They deserve a lot more credit’

They deserve a lot more credit than they usually get otherwise. The game has moved forward as a batsman s game, the shorter formats. When bowlers step up in the deciding games, it makes a difference. If you see, both teams got close to their totals, but it was the better bowling side which won the game. Jasprit Bumrah: The rise and the impeccable rise 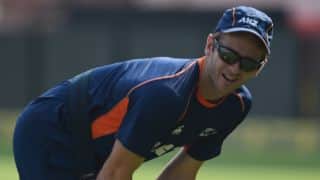 Kane Williamson: New Zealand are constantly trying to improve and get better