Skipper Virat Kohli is surely disappointed with team s performance but also moved on from the rally of defeats, saying IPL 2017 is not RCB s season in particular.

While a lot was expected off the runners up of Indian Premier League (IPL) 2016, Royal Challengers Bangalore (RCB) failed to live up to them, losing match after match in IPL 2017. Skipper Virat Kohli is surely disappointed with team s performance but also moved on from the rally of defeats, saying this is not RCB s season in particular. With the defeat in match No. 38 against Mumbai Indians (MI), RCB have five consecutive defeats. In the post match conference, Kohli spoke about the faults in both bowling and batting, and gave MI their due credit for their well fought victory that came in the final over. FULL CRICKET SCORECARD: Mumbai Indians (MI) vs Royal Challengers Bangalore (RCB), IPL 2017, Match 38 at Mumbai

Kohli told BCCI after the match, “Yes, look it was a much more competitive game than a few that we’ve played in the past. But still it was a game that we should have closed off. We had control through the middle overs but it is very important to finish off your 4 overs in the game. You cannot bowl 4 dot balls and then have 2 loose balls. Credit to Mumbai that they capitalised on that. All in all a good game of cricket. I thought we fought really hard till the end and squeezed hard and they eventually had to play good cricket to come out on top so that’s all right I guess.”

“The initial bit was to use the 2 left-armers because 2 right-handers were batting to take the pace off and angle it away from them. It’s very difficult to drag the ball to square leg and mid wicket but yes [they] should’ve been more smarter you know. Can’t give pace on the ball on this field with that old ball. You know you want to take away as much pace as possible. Again something that we should’ve used in the last three overs. We used it pretty well but as I said you got to finish off your overs pretty well but we didn’t do that and paid the price,” he added. FULL CRICKET UPDATES: Mumbai Indians (MI) vs Royal Challengers Bangalore (RCB), IPL 2017, Match 38 at Mumbai

Talking about the Wankhede pitch, Kohli said, It was difficult to bat throughout the day and I think it was pretty slow and dry. As I said, pace off the ball really worked. It didn’t change much I guess but whoever gave pace on the ball travelled, you see. The bowlers who changed the pace off the ball were smart enough to put it in the right areas and were the ones who got away with lesser runs and that was the difference at the end of the day.”

Well it’s fine. I mean last year we had a great season and we played two finals before that so 3 finals in total. You got to take everything in your stride, you don’t have all good days in your life and you got to expect these and you’ve to accept and learn from these kind of days knowing that good days will come again. So you learn not to change as a person in these times. It’s pretty tough for the whole team and that’s all we can do – give our best on the field. There are 8 teams playing in this league so anyone can have a chance of going through and sometimes it’s just not your season, Kohli concluded. 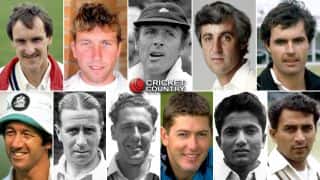